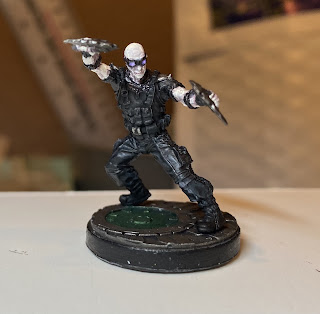 Another quick palette cleanser paint job after all those ww2 uniforms, here is the last homage mini from my Sedition Wars Kickstarter minis collection.

This is Riddick the main character from the very cool sci-fi trilogy Pitch Black, Chronicles of Riddick and Riddick respectively. (Main character played by Vin Diesel)

Being all dressed in menacing black, only liberties I took with the scheme was to give him a very pale skin tone to better contrast with his dark outfit and to also give his goggles purple lenses (In the films it’s his eyes that are purple as he can see in the dark.). Blacks are thanks to a base of GW Black Templar Contrast paint, which I am very fond of as painting black is a pain in the rump at the best of times. (The pics don’t show the depth in the shade but… eh) 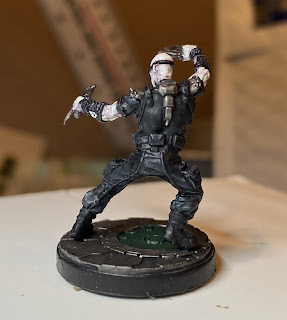 His base was painted up in the same scheme as the other Sedition Wars minis I painted earlier this year.

Next up, I have another surprise sculpt and the aforementioned (in my last post) ww2 Canadians. We will see what appeals most.

Stay well out there!

Here are the last five of the commando miniatures for my initial Dieppe Landing army list so now my squads are complete and all I have left to finish up for this army is my ten-man squad of Canadian Regulars.

I’ll be sure to take a pic of the commando squads and put them up in my next post. 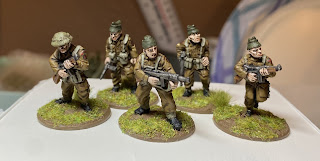 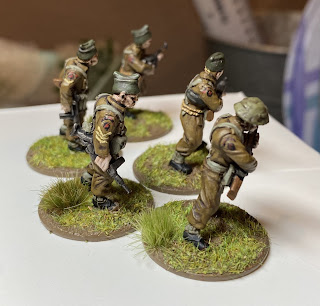 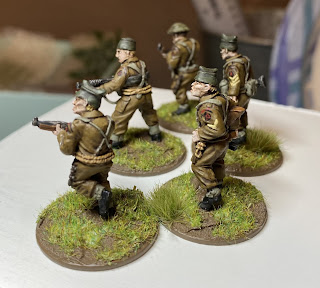 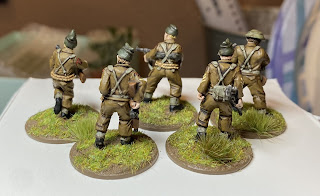 Stuck some sergeant and corporal markings in there and even managed to get decent eyes painted on four out of five of them.
And that’s it. In all honesty, I’m glad to see the end of all these brown uniforms.
As always, stay safe out there,
- Dai

As a break from the “English Uniform” monotony of painting the remaining commandos in my pile, I grabbed this diminutive fellow from my fantasy pile - a Redboxgames halfling. I’ve never painted a halfling before and he was done pretty swiftly.

I’ve named him after my good friend Rob’s famous halfling npc character from roleplay games 15+ years ago Quinn. A pesky little shit who’s hijinks were always making the players jobs harder, but he was damned hilarious for it. 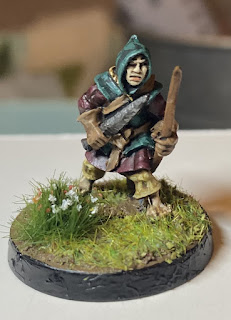 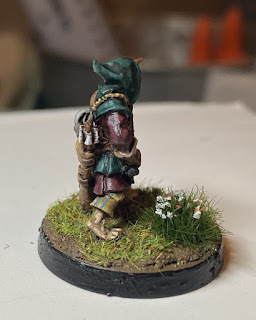 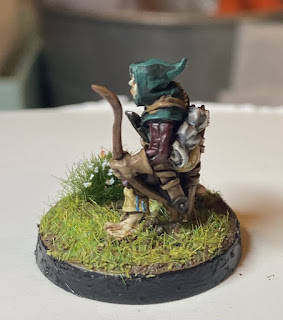 Hope to have more WW2 Commandos done this week and maybe get a start on my Canadian regulars too.

Stay safe and well out there!