Short post to show some more progress on my previously shown Winter M3 Stuart tank for my Bolt Action Soviets.

Chipping/weathering is done along with some mud-splash effects. Also added some sloppy free-handed Star markings on the turret.

Just some chunky mud to add to the tracks and to the underside of the hull then snow effects before I can call this dinky tin can "done". 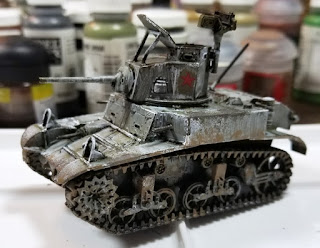 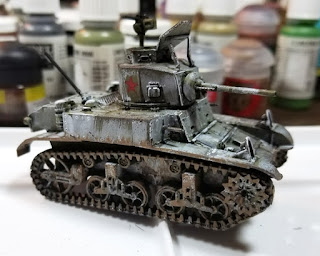 Been out of the loop for a bit – my Father died unexpectedly on the 17th May and so my hobby mojo disappeared for a while there.

After sorting out his funeral arrangements in Texas and a lot of alcohol, here I am back again to show what work has since (Like, just this past weekend) has gotten done.

(All pics are WIP’s, incase you get confused.)

First up, there’s going to be a Bolt Action tournament next month on the 16th at my LGS that I’m intending to attend. I switched up my normal Soviet list to try something new, with more infantry and a smaller armoured asset (Because that T34/85 is a pretty large points sink.). To this end, I have finally started work on my Lend Lease M3 Stuart. There’s a fun (And why wouldn’t you?) addition you can take to give the thing a total of 5 Medium Machine Guns, so I’m sure there’ll be a few groans amongst potential opponents when they see it plonked on the table. 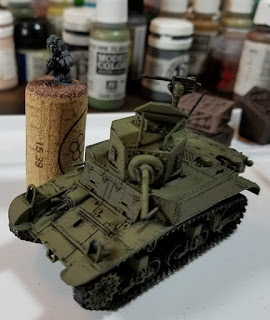 So far it’s just been primed, base coated in Vallejo Russian Armour and had Winter White Wash applied. (Just watered down white paint slapped on with a small flat brush.) Still lots to go – Weathering, Markings and mud&snow effects. 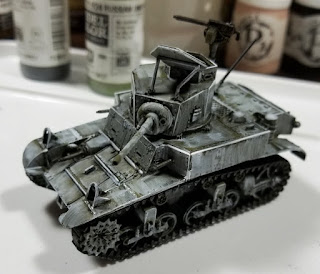 I also painted up the Tank Commander. She is the only mini that I’ve finished painting on. I like her scared expression – after I told my regular opponent Densmol about the Stuart, he just laughed and announced “Good more food for my Tiger.”. Her expression is her realization of this fact. :) 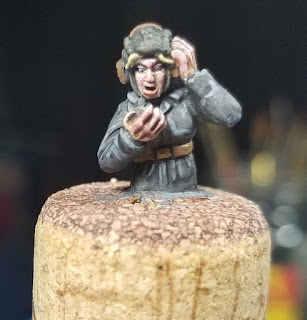 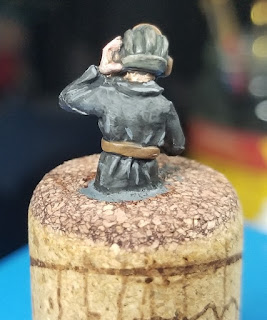 After I get the Stuart painted up, I’ll get working on the new squad of infantry in my list. These chaps are Warlord Games’ Winter Soviet Veteran set and will look very cool all painted in whites to go with the rest of my Winter theme’d army.

On the spur of the moment, I also picked up a new transport option for my Soviets, a Lend Lease M3 Half-track. This is a Blitzkrieg Miniatures resin model that I managed to grab very affordably in their recent single-day 50%-off sale. So far it’s cleaned up and ready for priming, but not a priority to get working on just yet as it’s not included in my tournament list. It came with no crew, so I also converted a plastic Soviet tank commander to fit in the driver’s seat. Even though his arms are folded, once in the half-track you can’t tell, so he’ll work fine. 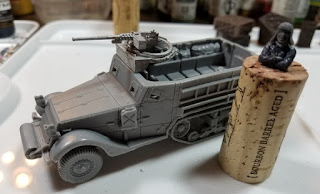 Shortly before I traveled to Texas, I managed to play Shadow War: Armageddon with Sean and LasGunPacker at my house. Didn’t get to finish up my terrain pieces as I’d hoped, but we got in two games and had a lot of fun. Unfortunately I didn’t get any good pictures of the games, but LasGunPacker  did and stuck up a good post on his blog describing the first game for those interested. One of the terrain pieces I was working on is the below. Not going to paint it up for a bit though as I’ve no games right now scheduled for the near future, but I think at least it looks cool. Still a wee console thing to add to the top level, but otherwise this thing is good for gaming and provides a nice tall piece to play on. 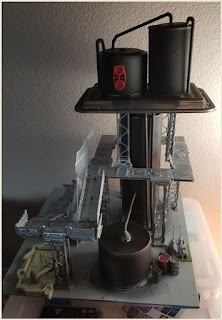 The Shadow Wars games were so fun, I got some work done on an Imperial Guard Preacher model for my Inquisitor team. He’s about 80% complete. 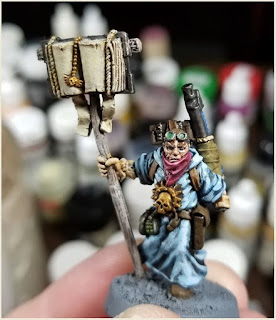 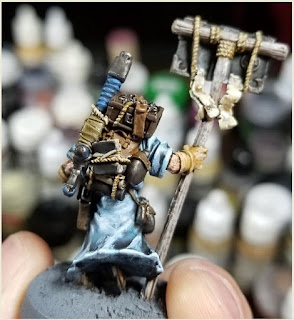 Lastly, I realized I haven’t much in the way of random scatter terrain to lay down for (any of) my games, so I started working some on some resin and 3D printed crates, walls, bookshelves and objective-markers. 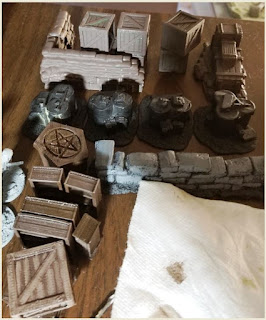