The bride and groom

In my continuing effort to get enough painted for the Stalingrad event this Saturday at my LGS Ogre's Den in Orange Vale I got this pair finished up last night. 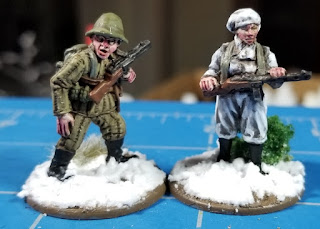 The bloke is the handler from the Warlord Games Soviet Bomb Dog blister and the gal next to him in the winter onesie is a lovely sculpt by Bad Squiddo Games. Both of these will help bolster up my SMG squads a little. 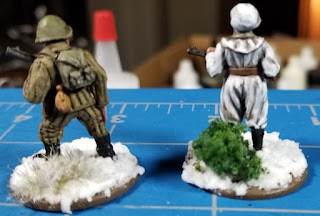 Next up is a large piece, a KV1 heavy tank. I'll actually be running it as a KV8 which is the version that sports a Flame Thrower as well as it's AT Gun. I figured that flame throwers would do a better job of shifting annoying Germans from behind rubble or on buildings. Wish me luck on getting this beast done on time!
Posted by Dai at 15:51 21 comments:

A Squeaker and a Pair of Soviets walk into a Bar

This Timorous mini is from the line of anthropormorfic sculpts produced by UK-based miniatures company Oathsworn Miniatures for their excellent Burrows and Badgers skirmish game. 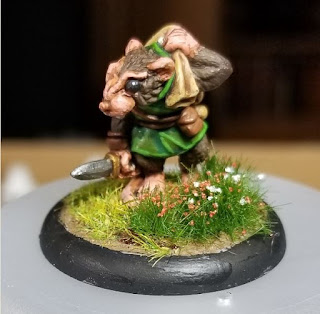 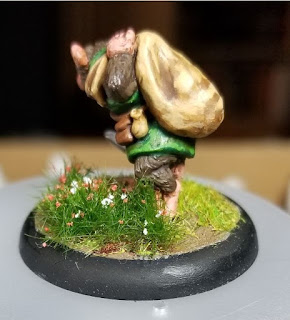 I’ve utilized this mouse burglar as my Rogues team's (The Red Toothe) resident light-fingered thief, Fenton Fishlegs. He’s the free mini they give you for ordering their lovely hardback rulebook directly from their webstore. He's painted up well enough for gaming. I've recently realised that my eyes aren't quite what they used to be after a rubbish trip to the opticians and I can't abide trying to paint with those magnifying apparatus, so a lowering in quality will have to be endured from here on. Not all bad though as this means I should be able to get stuff done far quicker and so work through my backlog more swiftly! 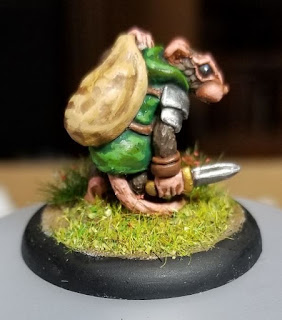 Fenton is a bit of a dim-witted young mouse, but his skills as a cat burglar (A mouse cat burglar???) go far beyond what a normal mouse his age could hope for. Cruel Ma’ Tuppence the leader of the team, tends to push Fenton into more and more perilous jobs for bigger rewards of loot fully expecting the lad to fall foul of some watch-mole or canny fox, but somehow he seems to make out with the loot and return like some addled pup back to Ma’ for his meager reward. 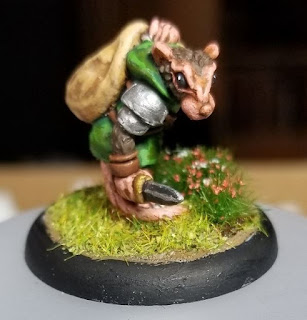 This weekend I am attending a Bolt Action Stalingrad event (Astute readers will recall I attended last year's event also) at the Ogre's Den in Orange Vale, CA. The organiser Drew had all 12 participants (6 playing Soviets, 6 Germans) draw up lists and we'll all be positioned on certain areas of his fantastic gaming boards, each section representing one major talking point of the Stalingrad conflict (Factory, Pavlov's House and Volga Crossing). Whilst I have a sizable collection of Soviets as any follower of this blog can attest to, I found I still needed some more pieces painted up to have enough done so I could field a fully painted force for the day.

Starting off, these are a two-man Anti-tank rifle team produced by Black Tree Studios. (There'll be two in my list.) Whilst I am not anticipating much in the way of armour in those cramped city streets, these long guns do provide double duty as a nice pseudo-sniper to help add more pins and perhaps pop an armoured transport or armoured car. Easy to paint and they fit in well enough with my collection. The snow is a new product I was gifted at Xmas made by Games Workshop. Not bad and I'll use it for sake of ease as I won't have to mix ingredients up like my usual method, but goodness it's pricey! (Shock horror.... it's GW afterall.) 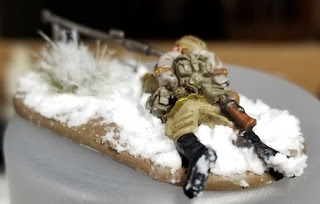 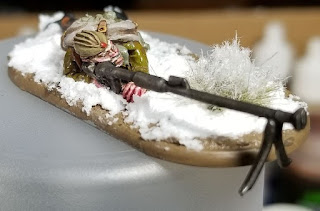 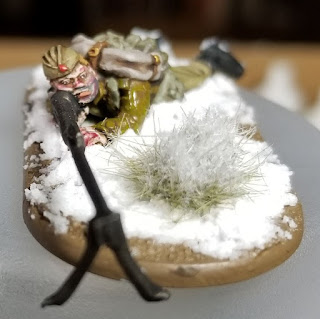 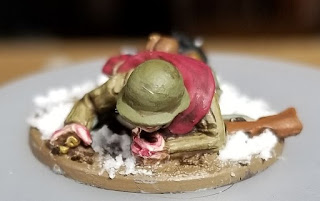 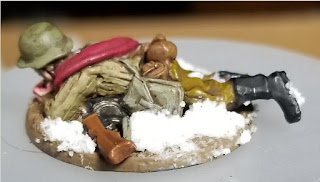 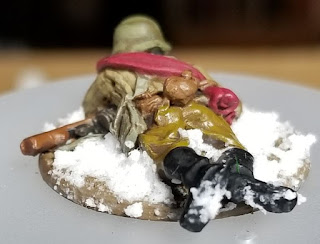 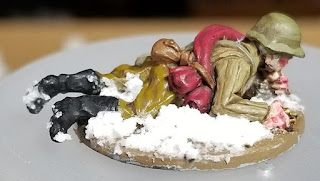 Next up on the table are a pair of SMG toting troops and perhaps this second mouse. Last to get some paint on it will be a new toy, but I'll preview that in my next post. :)