Finished up this fellow recently, a barbarian setting hunter/ranger of some sort. In my rpg campaign, he'll be the miniature for the Ranger Character. More of a hunter than a warrior, though no less deadly with that bow pinging off arrows at his enemies in support of his more combat-based pals.

Thought about giving him some tattoo's or some such on his arms, but decided against. I like him being business and simple. Just the Barbarian to go (Who will get some tat's.) and then I'm done painting stuff for my roleplay game!

I finish with a pic of Pickles, who due to an aversion to rain, has taken to peeing indoors. We are not amused.

This weekend allowed me time to work on a scenery piece. I realised that all the work I'd been doing on minis is great and all, but counts for naught if the terrain they're playing on looks like turd in contrast.

These are some "Administration Ruins" by Tectonic Craft Studios that I picked up when they ran their Kickstarter 3-4 years ago or some such.  Nicely designed for a mdf piece and went together relatively simply. Painting too forever though and I am now wondering if I might have made my job easier should I have used my airbrush instead? (I tend to feel like I spend more time cleaning the bloody thing than painting!)

It'll make for some appropriate ruins for my Frostgrave games and also rpg sessions if I can fit it into the setting somehow.

Next up, hopefully the remainder of my 1st ACW Confederate infantry regiment. The 15mm Bolt Action game got cancelled and I don't see me being able to play until mid-Feb now as I'm soon to be off on a visit back home to the UK to see my ailing Gran, which I'm a bit trebidatious about as it'll almost certainly be the last time I get to see her in person.
Posted by Dai at 10:34 6 comments:

Spent the majority of my painting time this holiday weekend making my Gorilla pretty. Tried for fast and dirty (See the lazy highlights on his torso.) so he's done and ready for play. He's white to be appropriate for use in Frostgrave, but also so he'll stand out all the better.

Like I said in last post - No idea of the publisher of this sculpt, perhaps Reaper? It's a grizzly one (Which my son adores for that reason) and I figured that half a beaten opponent would make a bit of a bloody mess so added Tamiya Clear Red + brown ink for blood effects. Poor Greek-themed warrior fellow never stood a chance if you ask me.

I felt to offset the gribbliness of the sculpt that flowers on his base would be appropriate to help dumb it down some. Think the effect works, at least to a small extent.

White Gorillas in Frostgrave are pretty fearsome opponents, but I don't like the official sculpts all that much, they seem a bit dull overall. I think this hulking ape will look far more intimidating on the game table.

After I was done with this piece, I worked some more on my individually based 15mm WW2 British infantry. I'd forgotten just how much I dislike batch painting infantry at this scale! I'll need them done though by Sunday as I've a game of 15mm Bolt Action coming up. My PBI will be facing German Fallschirmjagers though, and I do not much fancy their chances...
Posted by Dai at 10:34 19 comments:

So far 2016 hobbying has gone off with a whimper. O well. I'm sure I'll get my painting mojo back sooner or later.

Got some work done on my 15mm Chain of Command/Bolt Action British Infantry Platoon. Based, Primed and base-coated green helmets. A pal I met at the Flames of War tournament scene was interested in playing so he's also currently painting up a small force of German Fallschirmjäger paratroops and we're going to try out the Bolt Action rules at a smaller scale (Which I've heard it fun).

Also started base coating this old Reaper (I think) Gladiatorial Gorilla to use as a White Gorilla for my Frostgrave project. (Far more interesting sculpt than the official ones imo.)

Got some work done on the last two character minis for my Frazetta-style roleplay campaign. Barbarian and a Ranger respectively.


Also cleaned up the remaining plastic 28mm Winter Soviet infantry models and got primer on all the metal support teams and weapons. But there's nothing exciting to see so no picture.

Hopefully this weekend will allow for some more time to get at least one of the above finished?

Been seeing some great recaps for last year on people's blogs, so thought I'd offer a brief one of my own with some flimsy plans for the future year ahead. 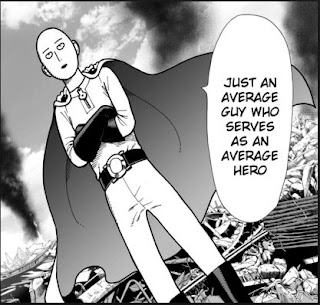 Right now, my hobby room is in a mess as I am switching it all around so I'll be able to paint standing up. It's a pain in the rump, but it's coming along okay so far - I think. Needless to say, no painting has occurred since my last post.

Christmas was kind to me, with some new brushes, 28mm scale trees, Warlord Games Soviet Flame Thrower and Light Mortar teams, and the "Dragons Don't Share 2" set by Reaper Miniatures (Perfect terrain pieces for Frostgrave.). My family and I had a pleasant holidays in general and I've made my first proper "New Years Resolution" in a very long time - to lose my gut - this will be some undertaking as I like a drink and dislike exercise both in equal amounts. But I'm sick of seeing the baby-weight, so I'm feeling very much resolved on this. Wish me luck.

Hobby-wise, 2015 saw quite a lot of stuff get done, far more than I had first thought.

1. I worked on some Robotech Veritechs until the GM got bored and we stopped playing the rpg.

2. Got some 15mm Pioneers and their transports finished for my WW2 Canadians.

4. Got started on my huge rpg miniatures backlog for my (still) upcoming roleplay campaign.
...which...
5. Also got me started painting more of the rpg miniatures once I picked up a copy of Frostgrave.

7. Got a good 1/4 of the Units finished for my Dark Ages Lion Rampant (Saxons v Vikings) game

8. And did some Star Wars: Armada repaints.

All in all, not so bad at all really. 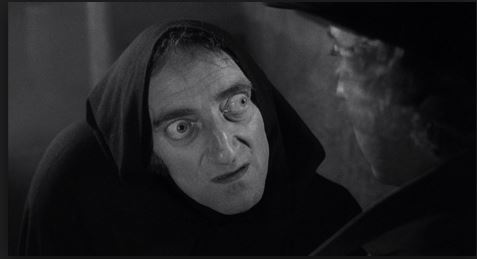 Here are what I have planned for this year:

Also have all sorts of terrain pieces that will work with all of the above to get painted and a few to be purchased - though those won't count against my "No buying" limit. I'm also looking at my options to buy a new gaming mat as my current model train grass-paper is getting all messed up.

I think I'll maybe get ... some of this stuff completed during this year. The 28mm Bolt Action Soviets are my primary though for now, as Densmol has started working on his Germans for this game and I'm eager to start playing something new for WW2. And, we can't play with unpainted minis - it just isn't proper.

Cheers for reading and I promise there'll be pictures of painted things next post.
Posted by Dai at 15:43 16 comments: