A bit of a lengthy post ahead due to me not posting for a bit:

The title describes my day and result yesterday at the Flames of War tournament at ConQuestSac, a great day of gaming at the Red Lion Hotel in Sacramento. I think there were around 16 or so players with some great looking armies and players coming from as far as Reno NV. This was the 2nd tournament of the NorCal FoW circuit (the 1st was last month at Gamescape North in San Rafael which I'll talk about below.).

The tournament theme was Normandy setting (So lists could only be taken from the Overlord & Atlantik Wall books and Normandy era pdf's.) and Infantry companies only at 1650 point lists. Three rounds saw us playing the No Retreat, Encounter and Counter Attack missions in that order.

Including the T.O. (DaveP) there were almost equal amount of both Axis and Allied lists and he tried his best (And succeeded for the most part) to match up Blue vs Red each round.

I faced a new (To playing Infantry companies)-ish player John in the 1st round who brought along a German SS Kompanie that he'd never used before having only played Tiger companies prior. So.... this game ended up being a very much teaching game to help John understand his options where playing and using infantry platoons are concerned (And he really didn't like infantry as a game mechanic - too fiddly I think.). In the end, John won 5-2. He was a really cool chap and it'll be cool to see him at a future event and hopefully he'll have some more games under his belt to make the play flow better.


My next game was against Densmol and his own SS. We played on a table covered with bocage hedgerows. Up until playing this game I had the intention of picking up a bunch of these terrain pieces as they look so cool but after playing this game.... No. No bocage for my home collection. Our game whilst being fun was a very slow and frustrating affair. The bocage rules make for a very frustrating and stuttering gaming experience. Thankfully playing against Densmol (Our first time in a tourney setting!) we were able to see the fun side of it all and played out the game to a 3-3 draw.


My third game was against the TO himself and his son, some sort of mixed unit list with Luftwaffe troops and all sorts. This game went far better and my plan worked out from the 1st turn. The Naval Guns bombardments in this game really did a number on DaveP's infantry and along with some nasty flamethrower-ing by my Crocodile tanks, I ended up with a 5-2 win.

So in all a day that got better (points-wise) as it went along. I didn't place even close to the top of the rankings, but it was a really fun event with some very cool opponents. When awards were bring given out, I surprisingly ended up winning Best Sport! Quite the honour and a prize of 4 Jagpanzer iv's means that I may well start a German force afterall so I can teach my son how to play too.

Next up some variable quality pics of some of the armies that were there: 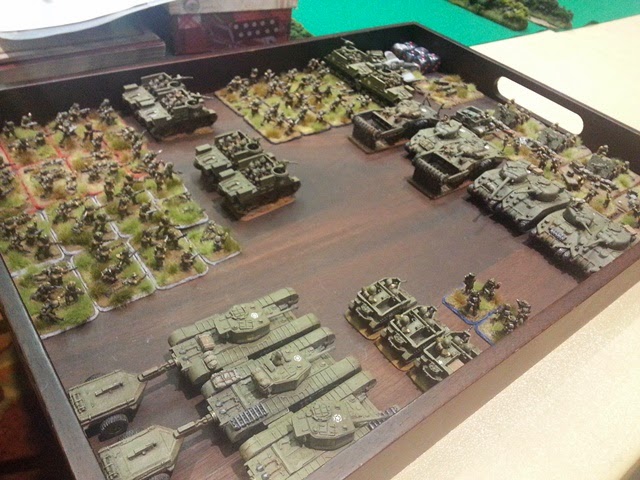 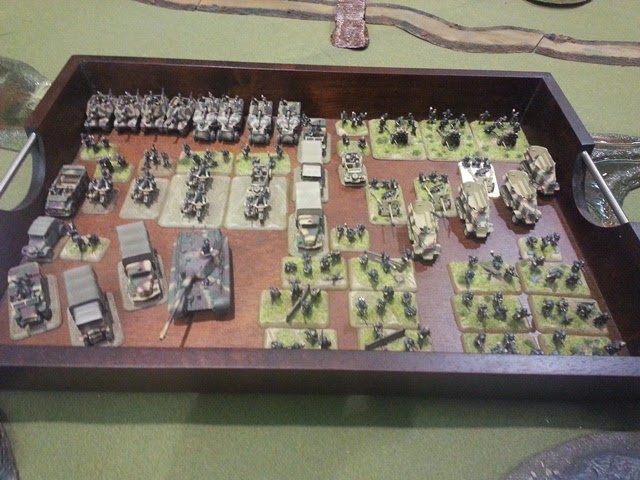 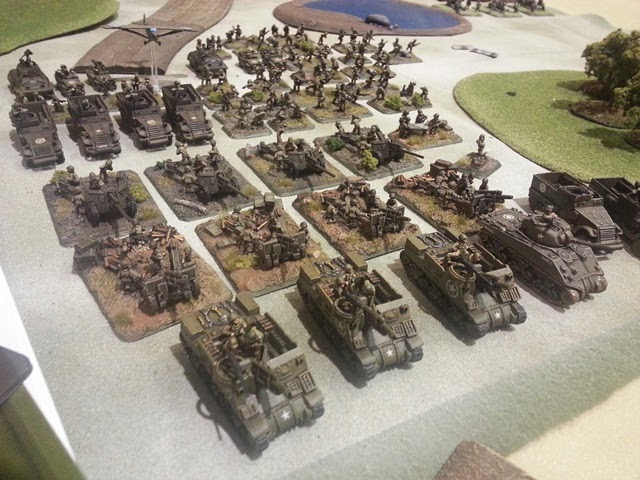 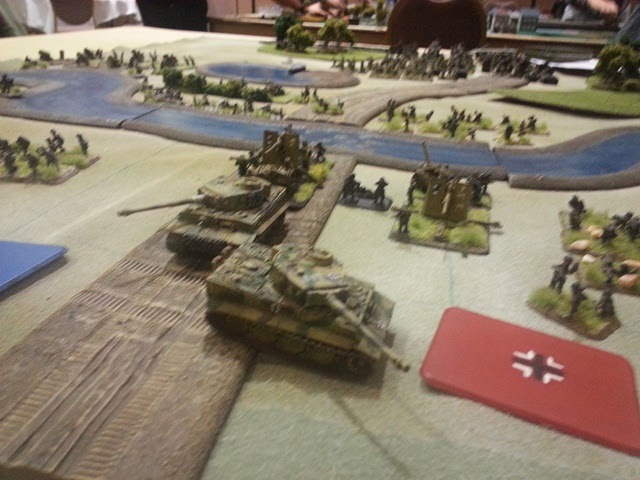 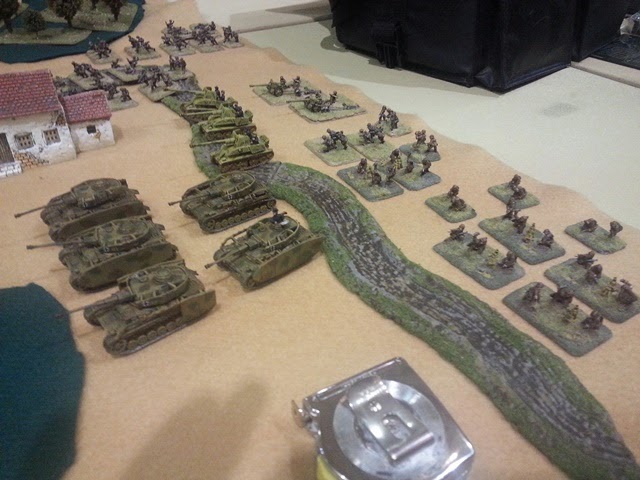 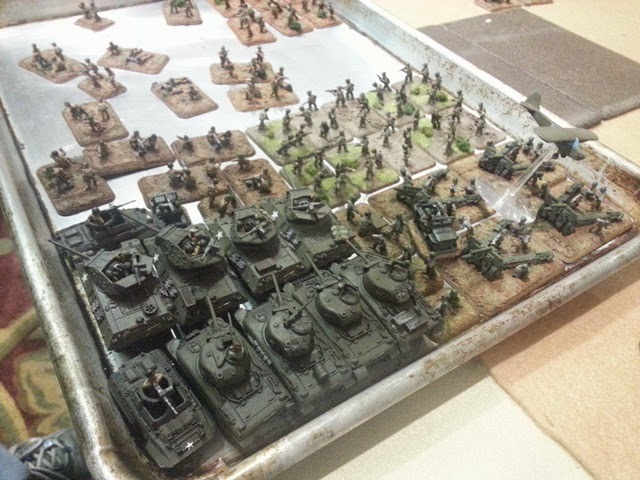 So that was yesterday. Seeing as it's been so long since I've posted, there a little more to report on.

Last month was the 1st tournament in the 2014 Circuit and was held at GamesScape North in San Rafael. It's a nice little shop with a good stock of just about everything you could want and run by some stand up chaps who put on a good event. The day was super fun and I was horribly betrayed by my dice losing every game throughout the day and almost ending up last place out of the 24 or so players attending! >_< But there was a silver-lining and that was that I was voted Best Presentation (Painted, etc)! I've never been awarded such before and it meant a lot to me that my hard time and effort spent on my hobby was appreciated enough by my peers to earn me an award. :)

With this month's Best Sport that makes two awards in as many tournaments which is also a first. Now if I could finally win consistently and win a tournament..... heh. This is one I'll have to keep working on. New dice were bought yesterday and they rolled pretty well, so I can't blame dice rolls anymore. No more excuses I guess, eh?

On the hobby side of things, I'm still working on my final commission. It's been a slog because I am not at all enthused by these figures even though I consider them to be wonderful sculpts. Considering they are just 7 ratling snipers, you'd think they'd be done by now eh?I also have all but 3 trucks for my Mid War 8th Army Desert Brits. So once I have finished the ratlings, it's on to something completely new - the next Mid War tournament is in May at KublaCon and I'm hoping I can attend and display these new toys in all their sandy grandeur.

That's about it chaps and chappesses, if you got to this point, then I applaud your tenacity. Ciao!
Posted by Dai at 12:42 10 comments: