Goodbye 2011, you will not be missed in the slightest

This year in the personal realm has been an absolute nightmare; so much so that I will happily forget it even existed and that will be all I'll say on that.

Bring on 2012 and the silly made-up Mayan rubbish that won't happen. 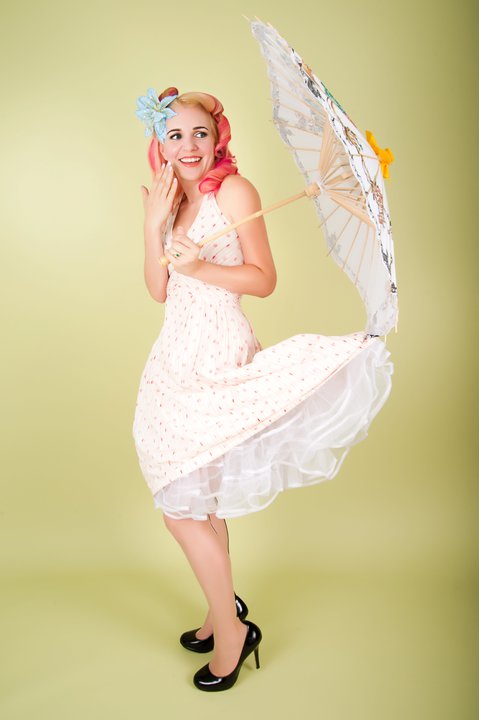 In hobby news, I've been gifted over Christmas with some lovely models by me and my family. I'm hoping that I'll paint/convert each of them before 2013 comes around. (Hope-ing, not promising. Deep breath now.)

I only offer one promise for the coming year - I will post more than one update a week - most likely two. THIS will be the year of action!

Now sod off and do something far more drunkenly fun than reading blogs - it's NEW YEAR's EVE for elfin's sake!

No pics no progress reports. (Well, there has been painting done, but I've had family here for the holidays so kind of hard to get time to get on with it right now.)

Just a quick entry to wish any readers a Merry Xmas. I hope it treats you well and you get the hobby stuff you were hoping for.

Frothing at the Gills

Pedophile, narcotics addled, kleptomaniac and highly pungent at the best of times, this being somehow manages to remain aboard the Trader Prince’s great vessel as it’s navigator and seems to be very good at what he does. As long as his lunatic outbursts remain confined to what the Captain describes as tolerable, he’s a much needed part of the Crew.

I painted this mini in two 2-hour sessions. Even added my first bit of freehand that I’ve attempted in years (the eye upon his scarf.). The red upon his face is ladies "rouge" that Fax had somehow convinced the Trader Prince to give him - as you can tell, his appllication of the stuff is less than typical. The handle upon his back was a little something that K'Kulluk devised so that Fax could be contained during one of his rabid "bitey" sessions.

The 1st pic is a little lighter to try to show details better. 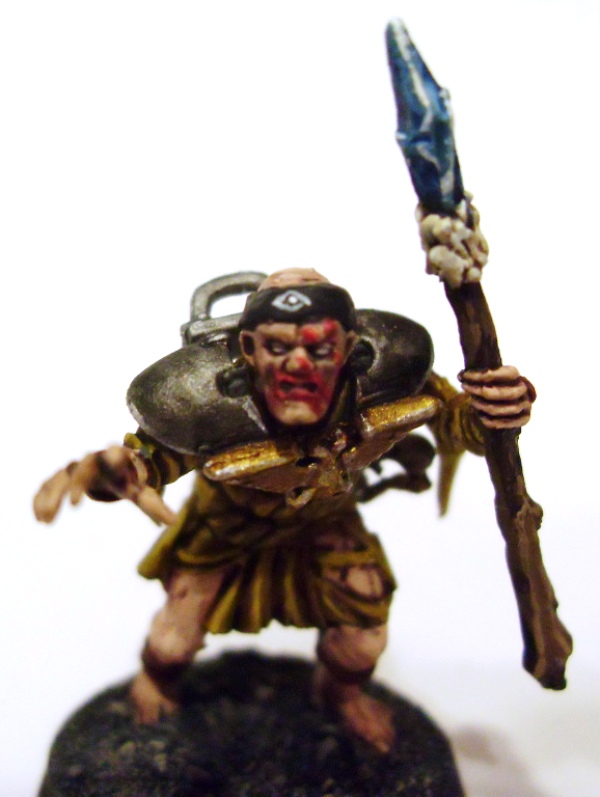 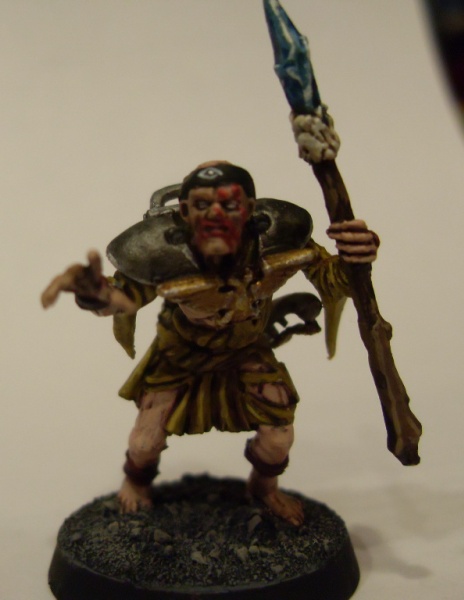 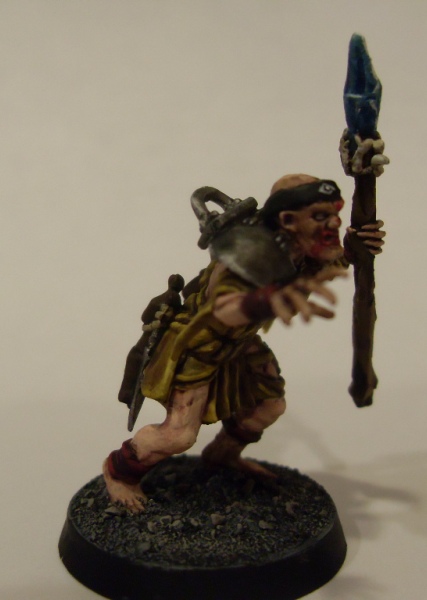 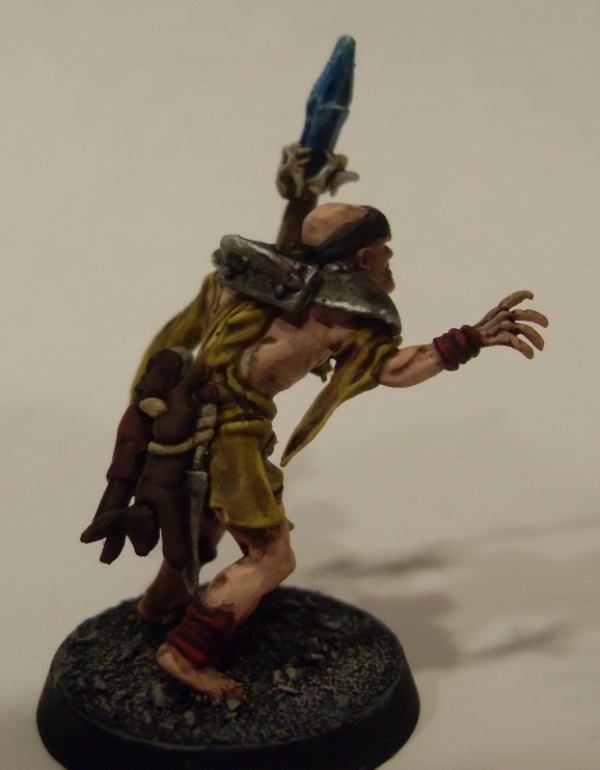 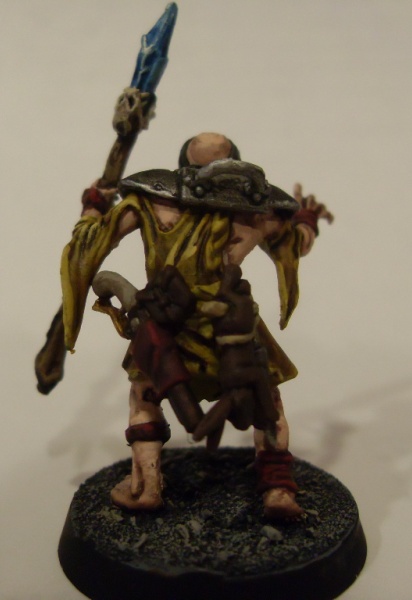 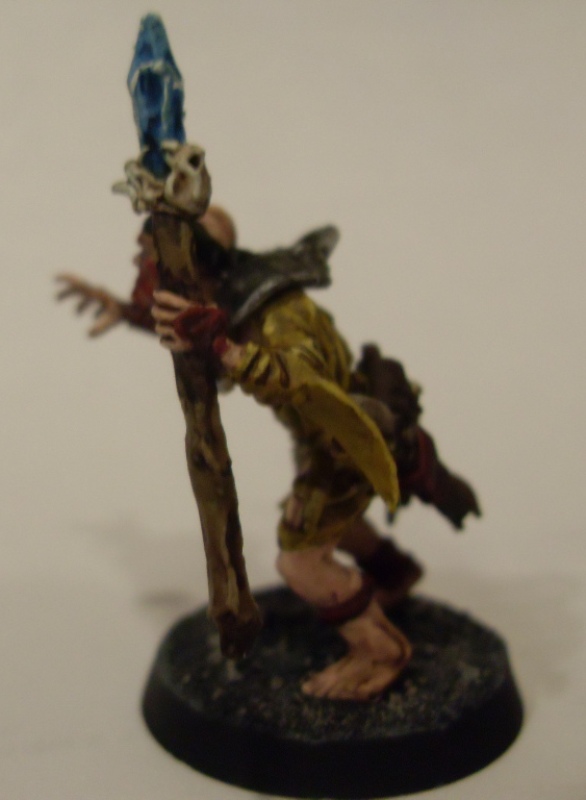 Hersus Vorden – 3-armed mutant and illegitimate son of the Trader Prince himself. The galaxy is an unfair place; one minute a man is elated his chance coupling with a favoured scribe resulted in his first offspring, the next it would seem the cruel Fates would conspire to corrupt this new life in the foulest fashion. Yet, loyalty still exists and said offspring has proven time and again that he is loyal to both the Imperium and more importantly to the ship and it’s crew.


I enjoyed painting this mini, and it was my first proper try at attempting a Latin American/India/Pakistani type skin tone. I think I pulled it off okay? With Hersus done I’m left with only two team members of the Rogue Trader crew to paint up, then on to the Chaos Coven.

(Apologies for the dark pictures – they were taken this morning in my kitchen.) 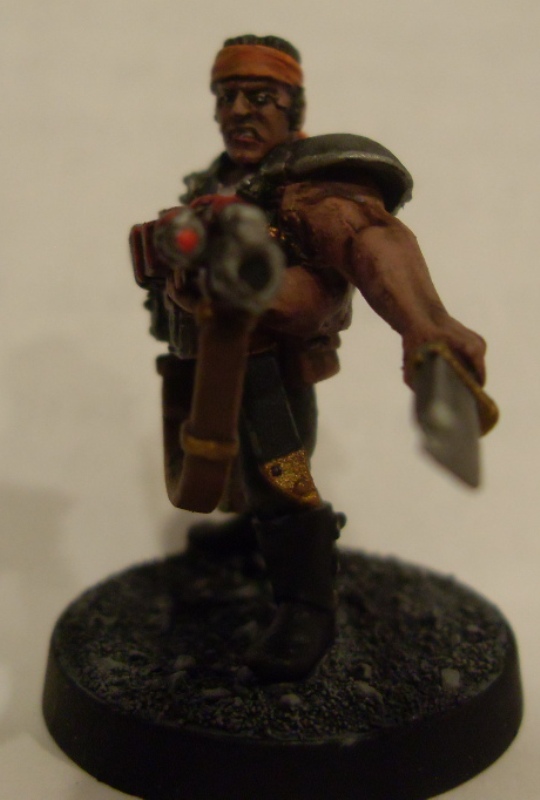 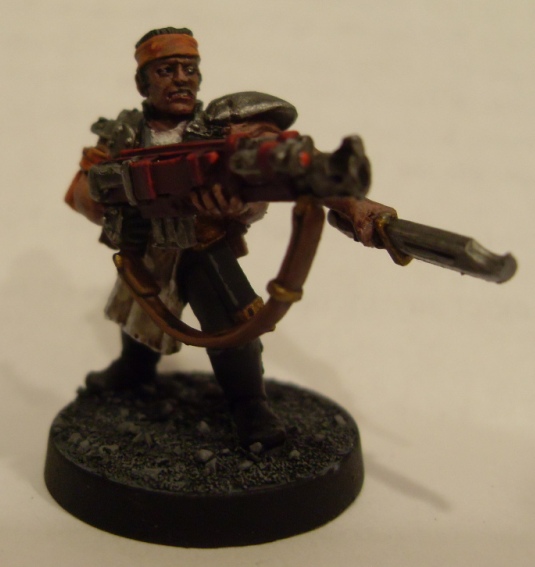 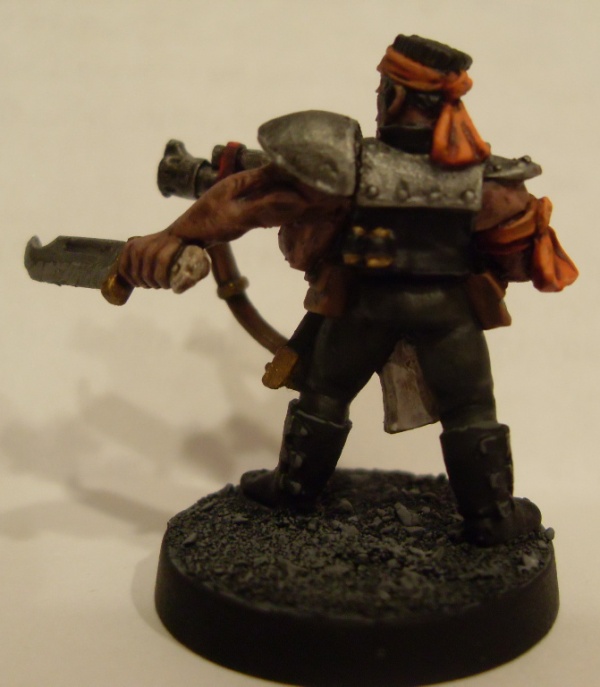 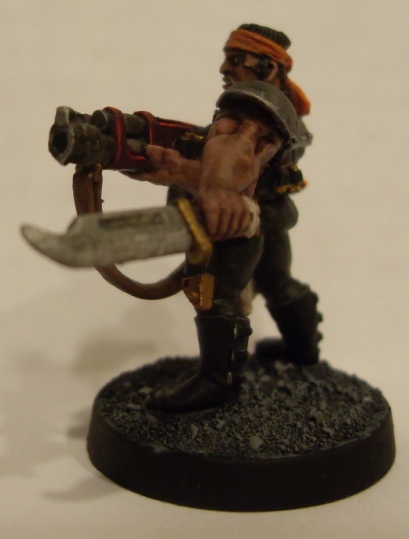 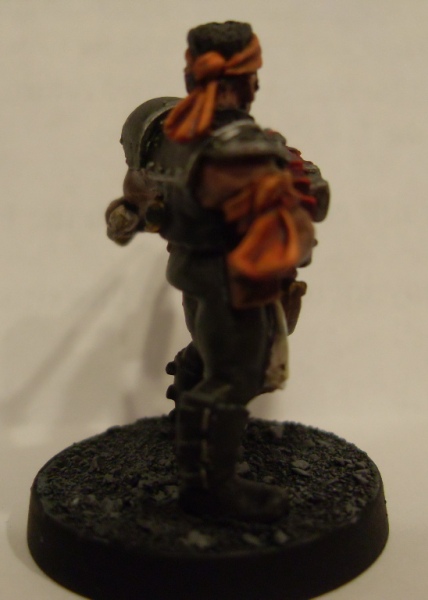 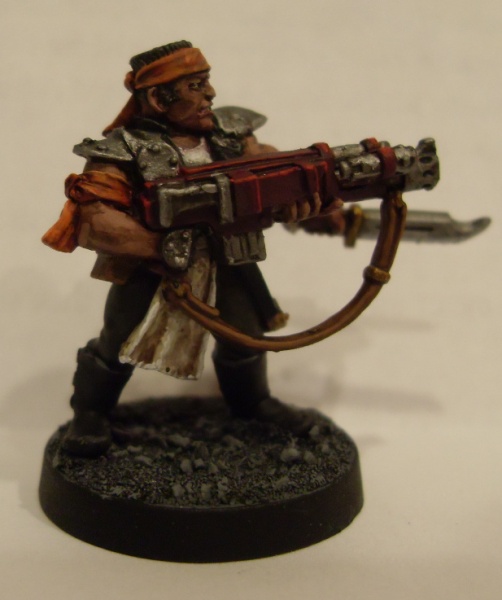