Yesterday was my birthday, where I turned a balmy 25. Again.

I had a lovely weekend with a massive long Robotech rpg session, Sunday with my son to see the Oakland Raiders lose versus the Arizona Cardinals, saw Fury with a good mate (Amazing flick!) and then yesterday spent almost all of my waking hours painting. Can't ask for more really.

Paint-wise I finally got a little tutelage from Densmol on how best to start using my airbrush - and you know what, I did. And it wasn't as hard as I feared. I'm still no good by any means, but at least it's not the big scary thing to avoid any longer.


Also on the Flames of War front, I put together my Jagdpanzer iv platoon! Had some fun messing up their Schurzen too. Had some fun with these. 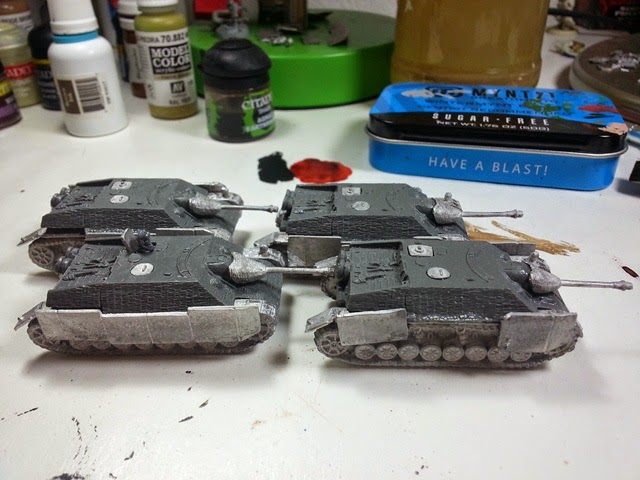 And last but not least, a couple more zombies! 6 down, 2 to go. Until next time! 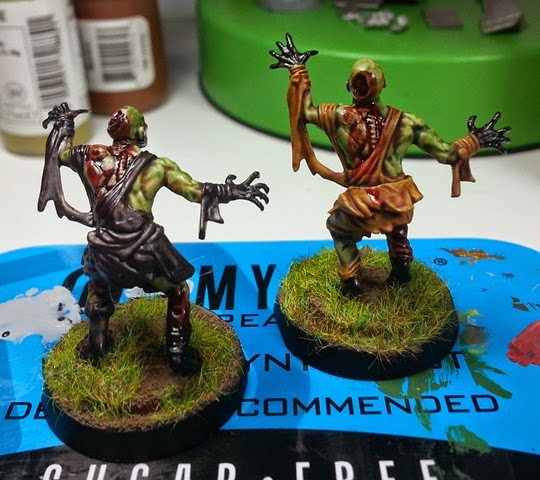 Early post this week. Doubt I'll get another post in before Monday due to having plans for my birthday weekend.

Two more Zedheads meaning I've gotten half done. These chaps have severe facial damage, so were nice and bloody from the head down! 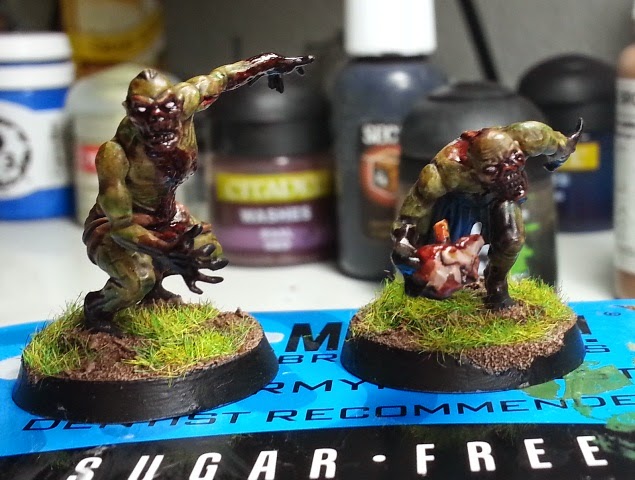 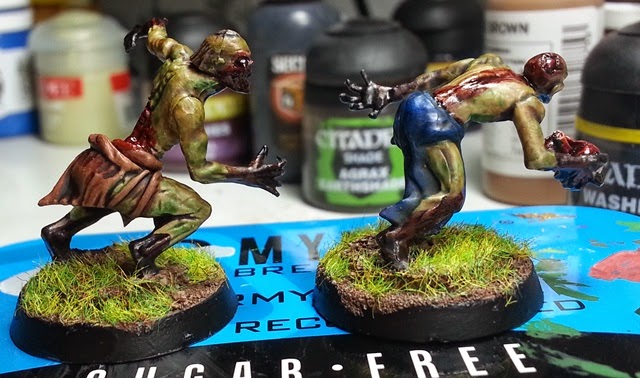 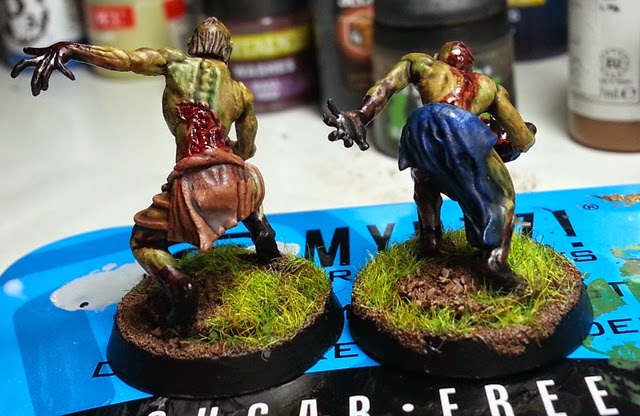 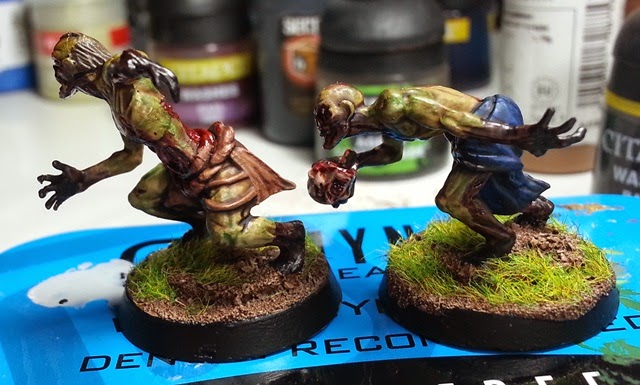 Was up late last night determined to finish these three tanks for the list I have prepared for the last Flames of War tournament of the year up here in NorCal. It's going to be a 1500 point D-Day theme, strictly red-vs-blue Firestorm affair with theme'd tables and everything. I'm super hyped for it.

To switch things up a little, I'm planning on running an Armoured list - 4th Canadian. I needed three Sherman tanks to fill it out the earlier Sherman platoon configuration of three Shermans and only one Firefly.

These are painted with my usual Vallejo Russian Green over a black primer. All over wash with black, then Russian green for highlights, etc. They are marked up to match the rest of my Shermans with the tank on the left with e commander peeping out ready to join the HQ. Like my previous posts, I'm still out of DullCoat, so the weathering powders will get sealed at a later date.

- 1500 points on the nose, all Confident Trained rating.


Now I'm trying to decide if it'd be more fun to drop an infantry platoon and run an 8-gun 25-pounder battery (In which case I would need to paint up four more guns) or just stick with a 4-gun effort for smoke barrages and keep the infantry for objective camping?

Again a day late. Heh. Shame on me.

Zedhead number two completed and ready to drool on his way to brain city. Quick and dirty again, the pupil in his left eye was an utter (And welcome) mistake. Still haven't gotten new dullcoat, so that still needs applying. 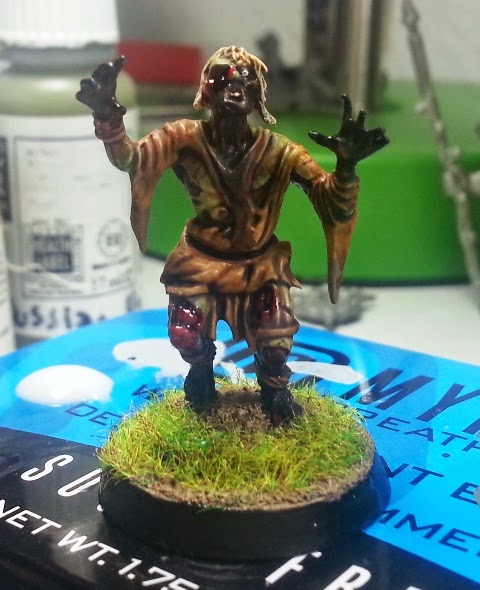 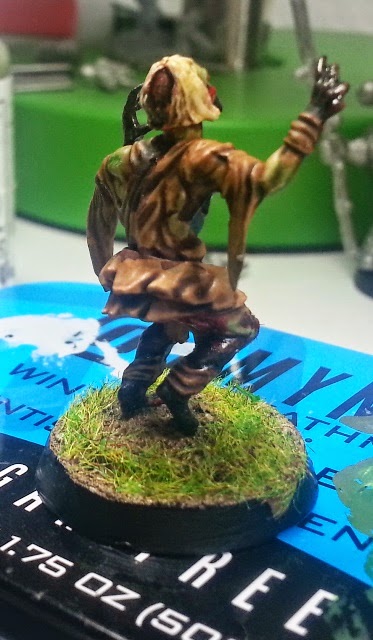 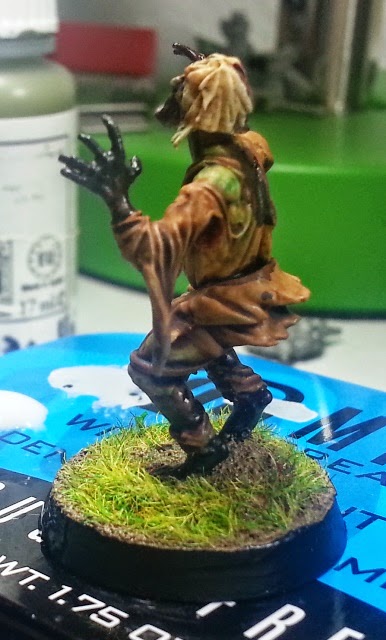 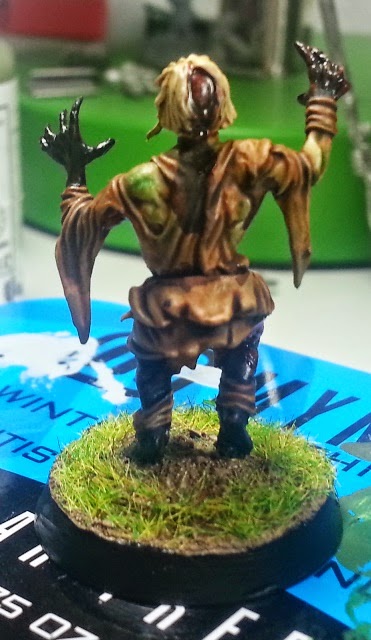 Now working on three shermans for November's D-Day tournament where I plan to run an armoured list. 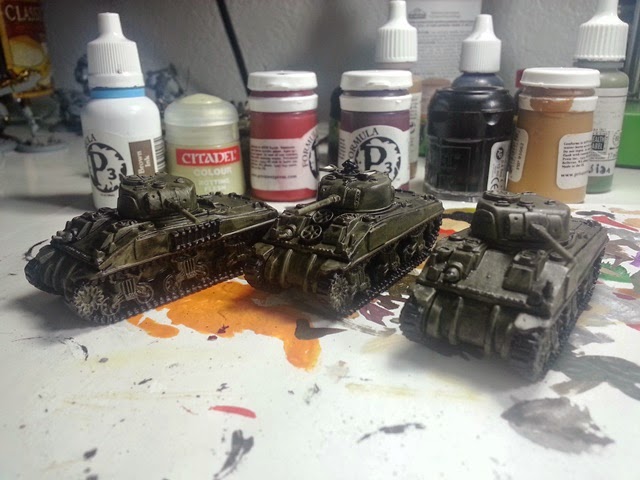 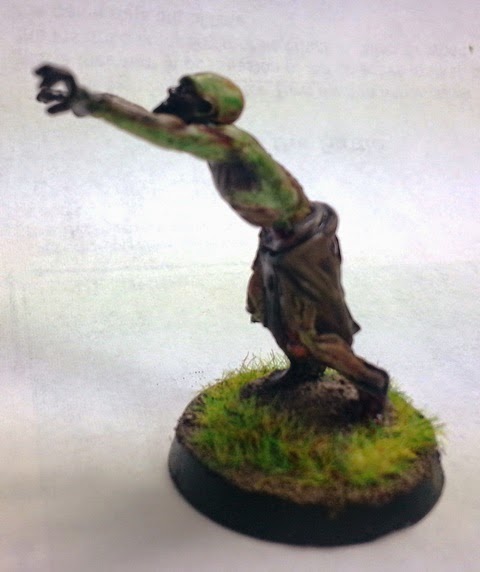 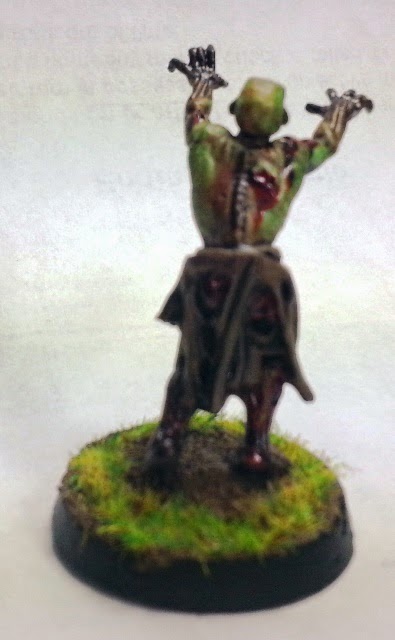 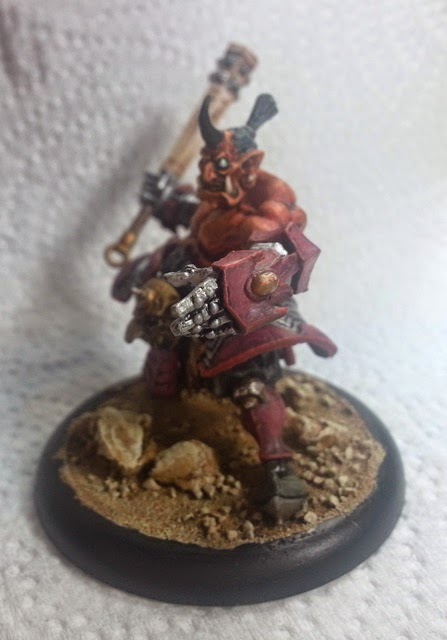 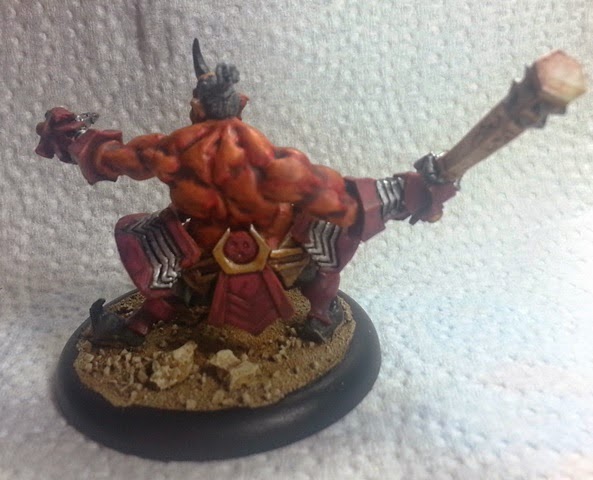 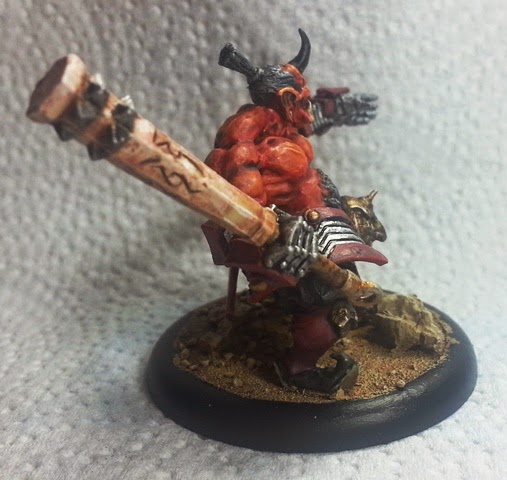 The kitsune that could.

My good friend Steve turned 40  recently. He's a member of my regular D&D group, so for a birthday present I decided to buy and paint up a mini to represent his character for our current adventure.

It's a home-brewed adventure run by one of my best mates, Rob and in it I play a Grippli priest (For which I have a mini to showcase at a later date.). Steve on the other hand plays a Kitsune Hunter with a magic sword. For those not in the know, a Grippli is a treefrog person, typically 2 feet tall and a Kitsune is a traditional Japanese mythological creature that can shape shift between the form of a human and a fox - only, Steve's character, due to some sort of trauma got stuck half way and so is a "fox person".

So using his character description as a guide, here is the mini I chose for him. It's a fresh sculpt by a small company that recently finished up a kickstarter for a range of half-orc miniatures called Stonehaven Miniatures. Charming sculpts all, you should check them out - very reasonably priced as well. 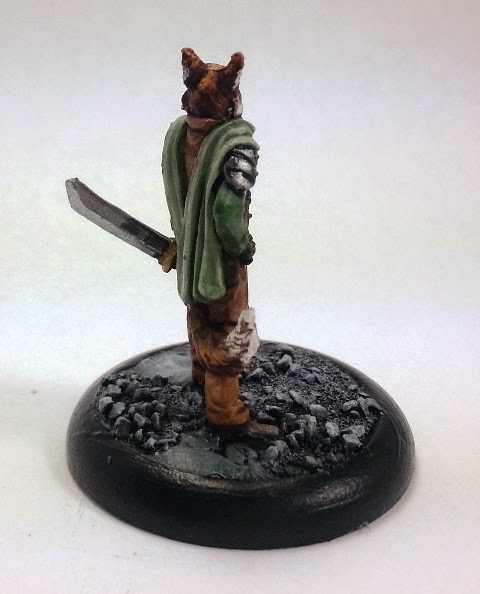 This month is also Zomtober! Over at the Eclectic Gentleman Tabletop Gamer blog, pulpcitizen is running a fun painting pledge for the month of October that I've jumped on. Here's the very easy rules:


"The rules are simple. To take part just paint one Zombie or Survivor (or more!) each week, in any scale you like, posting it to your blog by the Sunday (we use Sunday's as the end of each Zomtober week). So that means one or more minis each week on or before the 5th, 12, 19th and 26th of October. Simples."

One painted zombie a week? I think I can do that. Here's all the zedheads I own and that will be painted by the end of this month!

Lastly - it was my intention to post a separate AAR for my recent Flames of War Market Garden game versus my good mate Densmol. Sadly though, all the pictures I took turned out to be utter pants. So even though my Canadians were superbly victorious versus his stubborn Germans (I won 6-1 for those counting) in a very entertaining and bloody game, I really don't have anything more to offer, afterall, this is a hobby blog and pictures paint the scene, right? No pictures, no scene. Sadly.