Here are some pieces I've been working on lately. Fast and dirty paint jobs to fit with the rest of what I've done.


Managed to get the Recon Universal carrier painted up for my Dieppe landing force. It's a Warlord games plastic kit and was fiddly as heck to assemble and paint up but I'm happy enough with the end result. Still needs a few id markings but I'll research those later. 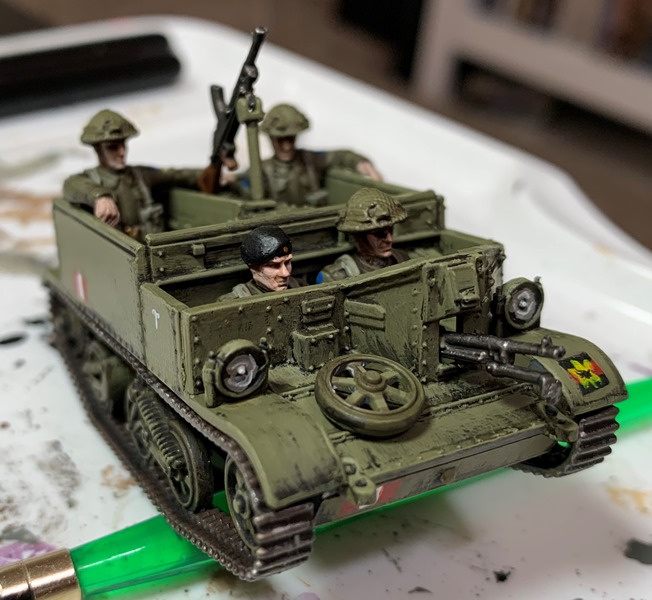 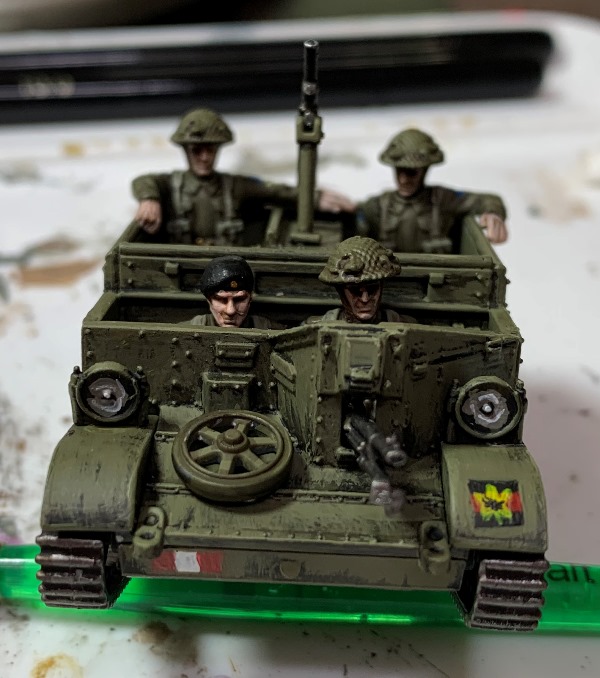 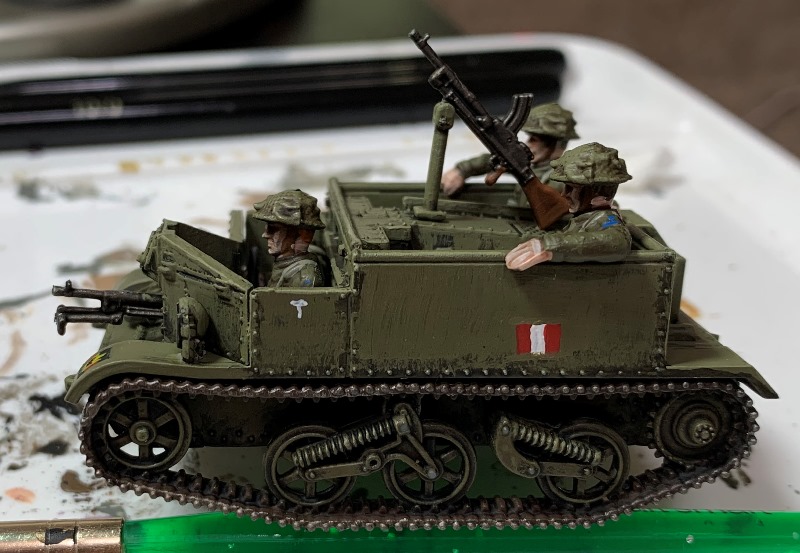 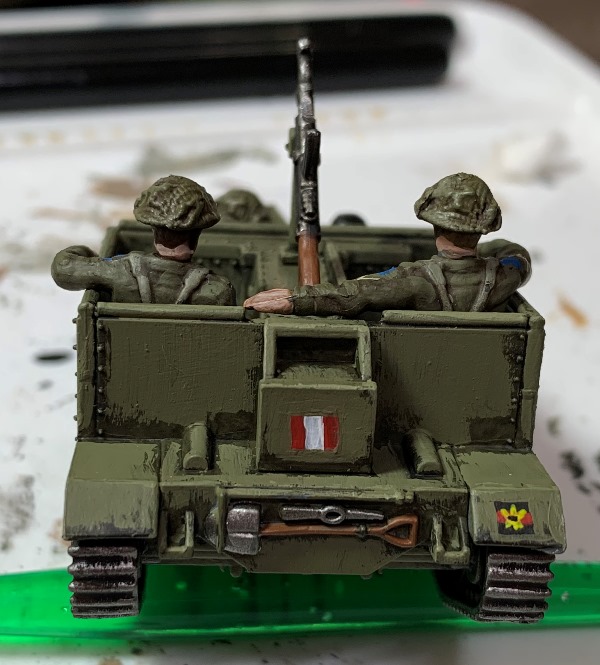 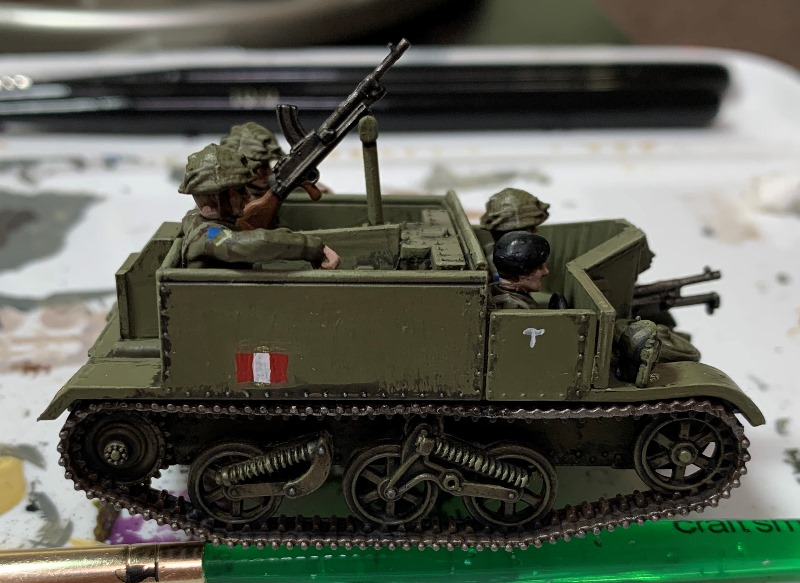 Next up is a Bren Gun duo for my first Commandos squad. You'll notice the fellow on the left has a pretty blobby face - that's due to a 4 month old puppy taking an interest in my hobby. *eyeroll* lesson learnt there... (They are both Wargames foundry sculpts for those interested.) 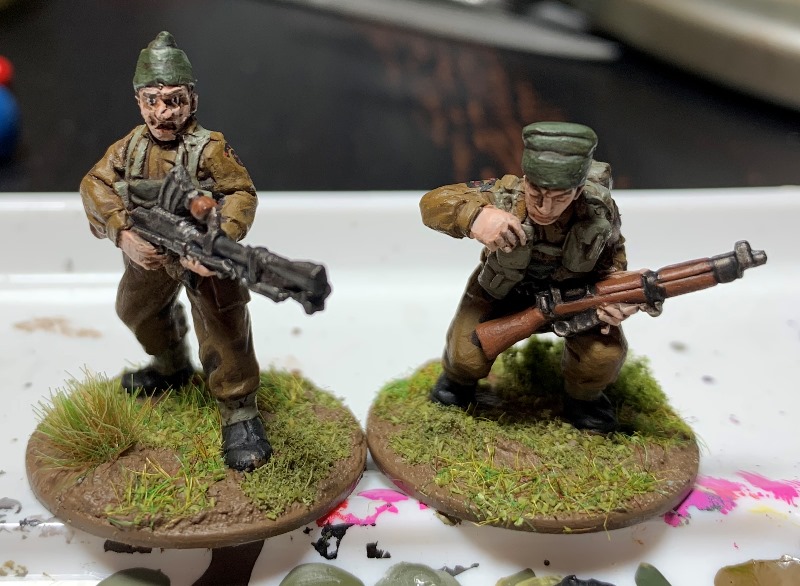 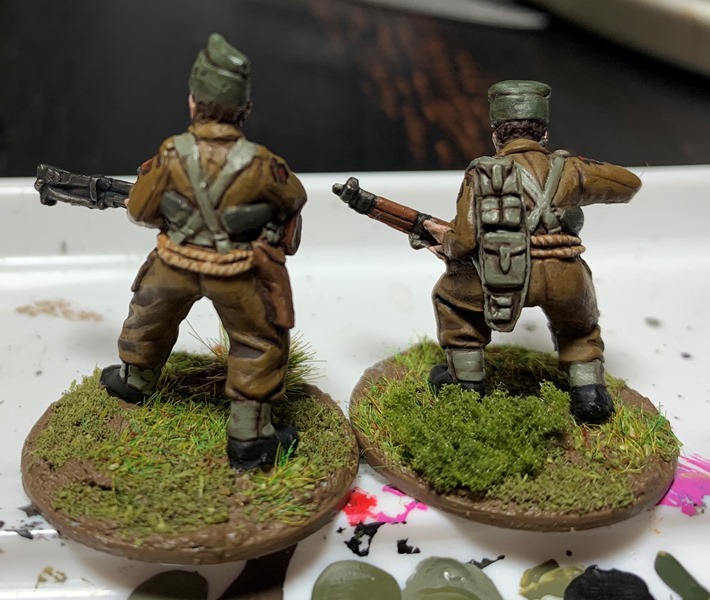 Lastly I also got a sniper team in gillie suits done. This Warlord Games duo are smashing sculpts and were fun and easy to get painted up. Not sure snipers were present at Dieppe, but Commonwealth tactics liked to use platoon sharp shooters, so I felt it was okay to add them and heck, I liked the sculpts, so there. 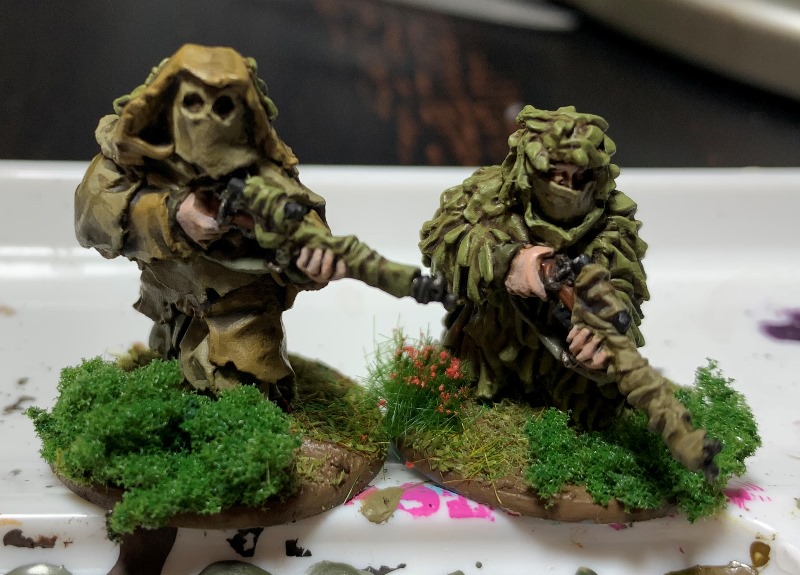 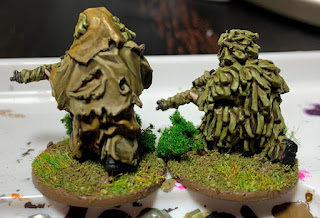 I also managed to get the Churchill Mk 1 done for this lot but realized the pics I took were from when I originally painted on the markings and thanks to the Bolt Action Facebook group, was informed that they were incorrect. I've sorted that now, but still need to take pics, so will post that beast up tomorrow or so.


Still hoping all are staying safe and well out there.
Posted by Dai at 12:48