Ain't Getting on no Plane!

"Ben Bones, a former pit slave from Hive world Kolos XII, caught the eye of the Ordo Malleus Interrogator Scheiner whilst on mission to rescue the daughter of the Imperial Govenor from the clutches of a small Genestealer Cult. The hulking pit fighter managed to save the Interrogator's life and tore a purestrain Genestealer limb from limb in single combat. The Governor's daughter had sadly already been indoctrinated by the xenos and so had to be purged along with the rest of the evil sect, though Bones' efforts had been noted as more than beneficial to Inquisitorial investigation. The Interrogator ordered the Ogryn released from his indentured servitude and offered the brute a position within his team, which Ben Bones accepted eagerly, seeing his new lease on life a 2nd chance from a personal representative of the God Emperor Himself. "

Okay, blurb for this chap may be a bit crap, but writing with a 7-year-old next to you asking incessant questions tends to make a clear stream of thought somewhat tricky. :) Took me an age to finally get back to this character as I had been out of ideas for an effective scheme to deck him out in. The sculpt itself is from the Heroscape kids boardgame, some sort of Ogre (though I can't find the figure online for the life of me.). It's made of very soft plastic though, so modding it was a rather interesting affair - though it turned out okay in the end. (Only real complaint I have about the sculpt is the silly join between his right arm and shoulder/chest - a bicep growing out of there is rather weird, but there you go, it was a free fig afterall.)

The stripes on his back are meant to be scars from the whippings he would have taken as a slave. And eventually I'll make some sort of stencil to add some sort of code type text to the bomb on the base. The devotional adornments and graffiti on his blade are a tribute to the original fluff written for Ogryns in the 40K Compendium where they were said to look up to Commissars as their personal voice of the Emperor himself.

Below the pics (In natural light for once!) of Ben Bones are a few shots of my display case and the mini's I have painted thus far. 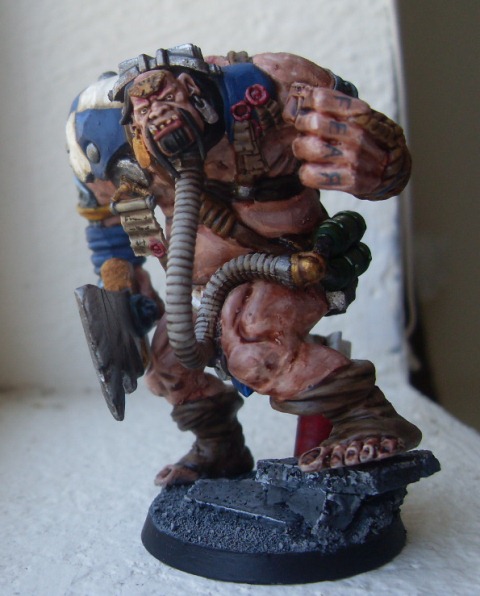 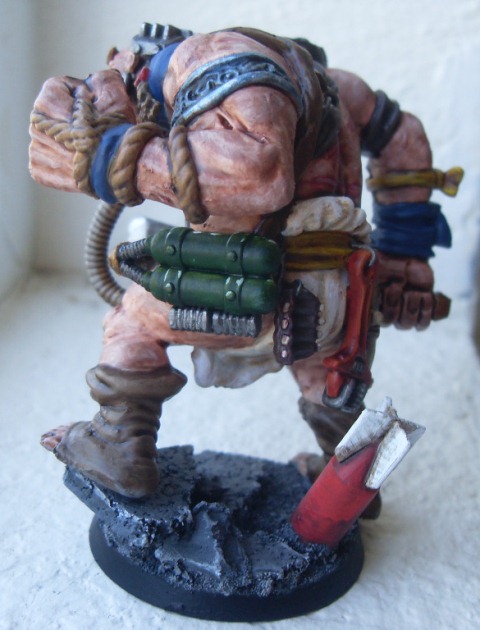 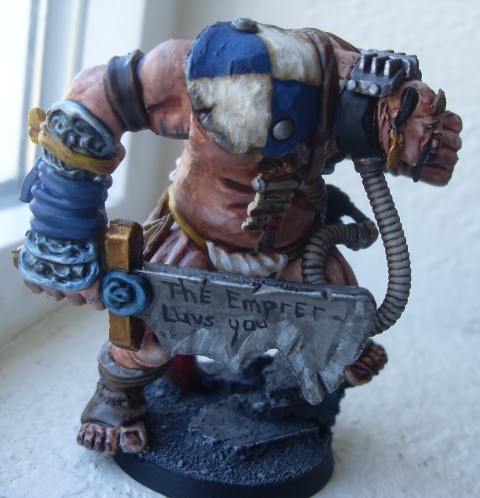 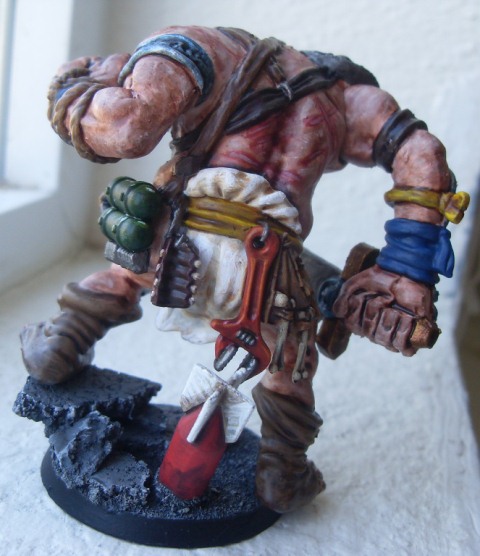 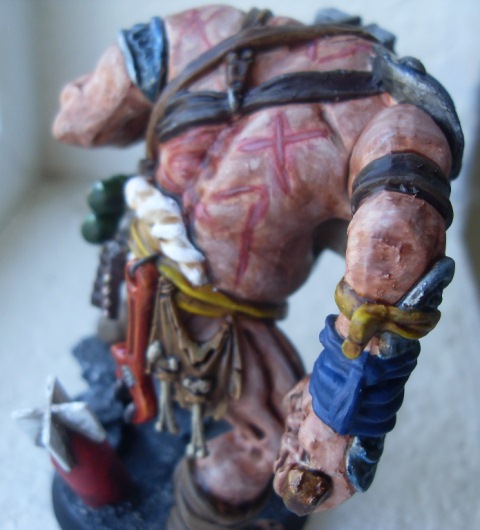 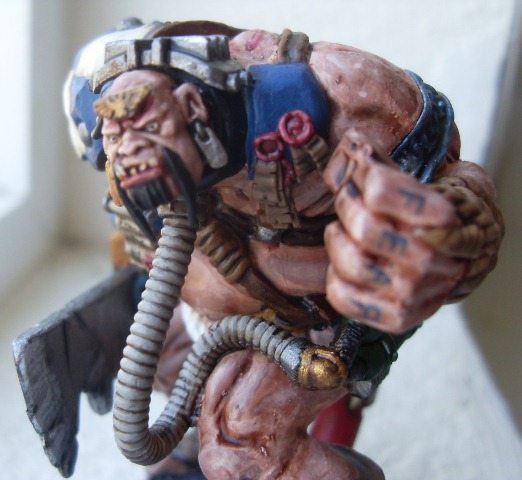 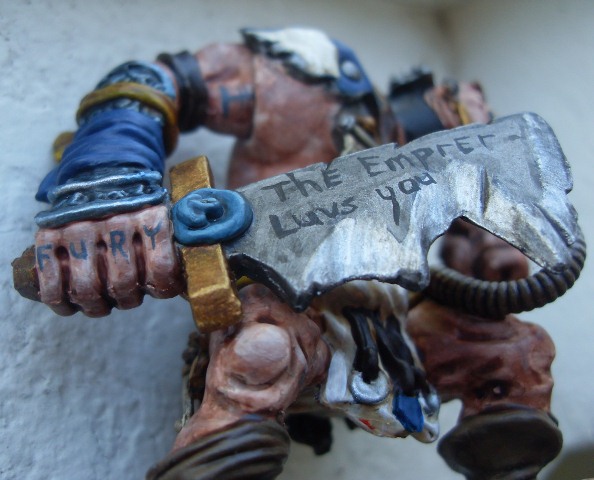 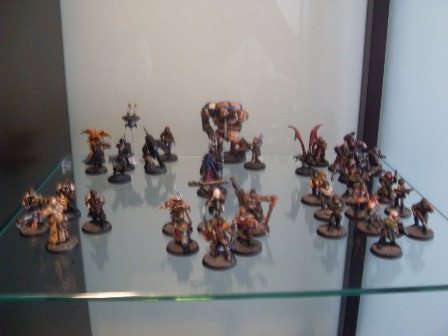 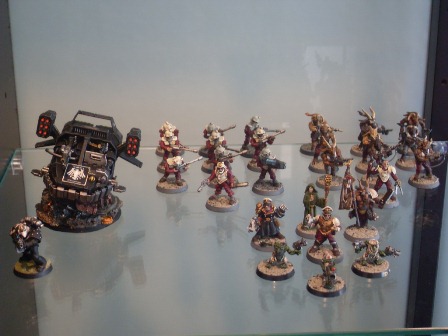 Lastly, done a little more work on the Brother Captain Stern commission. I so do not like this sculpt. Not as bad as Draigo, but still annoying to paint.
Posted by Dai at 14:53