Last night finished up basing two of my sniper teams and a few touch ups on my Captain John Treleaven warrior team.

Being only 6 infantry and some scenery pieces, these were done in record time.

Excited to try out the snipers, though at 50 points each, I completely agree with the general consensus that they are W-A-Y over priced for what they do. regardless, they'll add something new and fun to my casual games.

Captain John Treleaven is a British warrior team from the D-Day landings book and can be used instead of an infantry platoon commander and offers some nice abilities for a low cost, list depending. (He can be used  for any of the Rifle or Assault lists in Overlord - not bad.) Best thing about Captain John is his mini - by itself it's a cool little scene of him supporting his downed superior officer (Who has a lovely large 'tache, though the pics fail to show it - sorry.) who has obviously fallen afoul of some blast and is crawling from under some rubble. Next up is my first sniper team who are looking about for a better position to take their pin-point shots from. I've tried to make it look like this team is a dawn/dusk specialist and blacked out their faces for extra camo.

2nd Sniper team are already set up in the underbrush, ready to take out that Hun Commander on the ridge!

[Apologies if the pics aren't all that great - still getting to grips with this new phone camera. Seems convenience is winning over quality where camera and lightbox set-up is concerned!)
Posted by Dai at 09:28 4 comments: 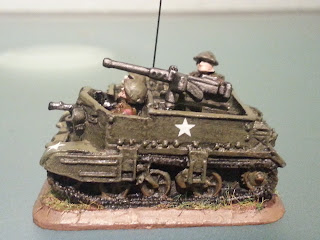 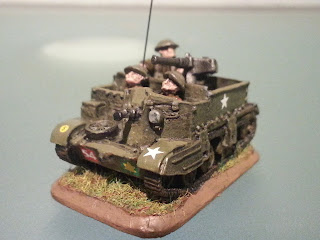 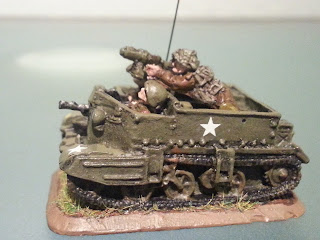 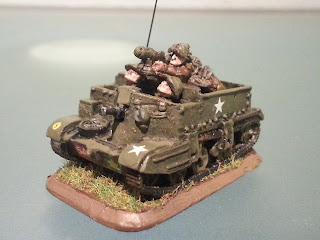 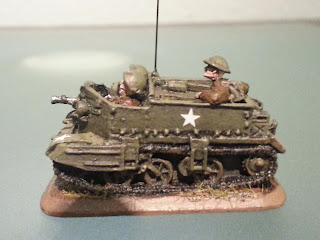 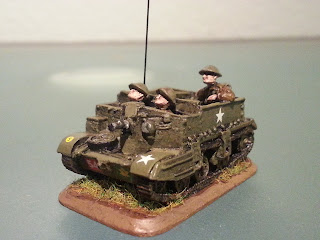 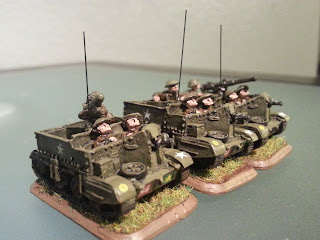 Pic quality is a bit average as I used my new mobile phone. 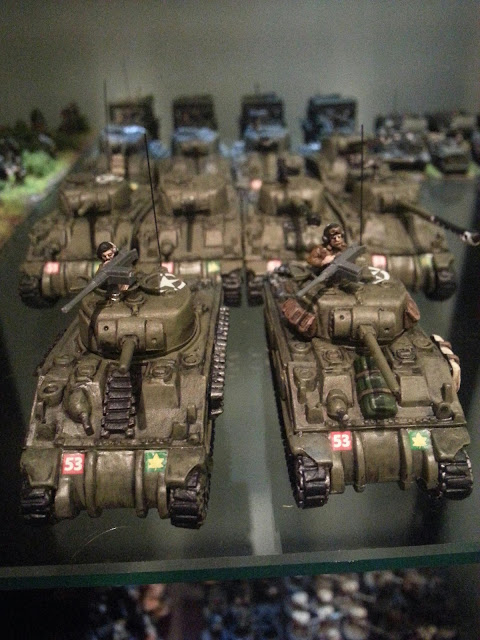 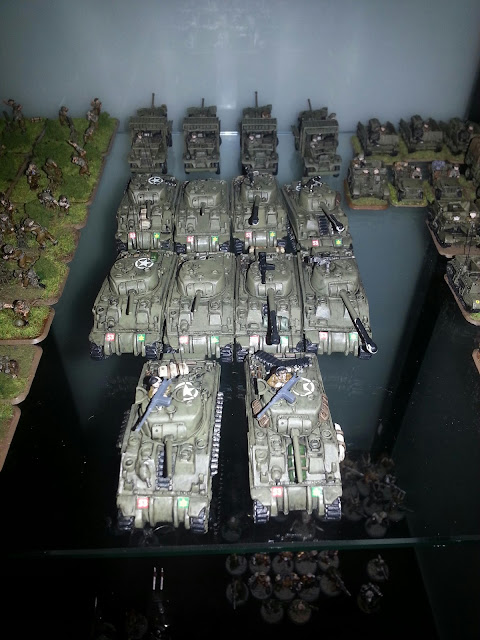 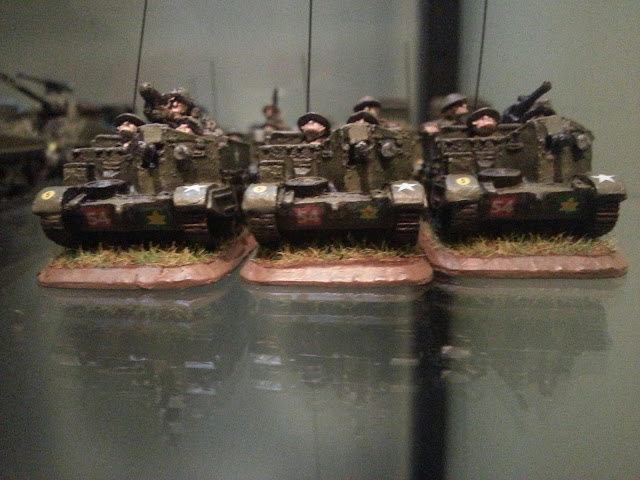 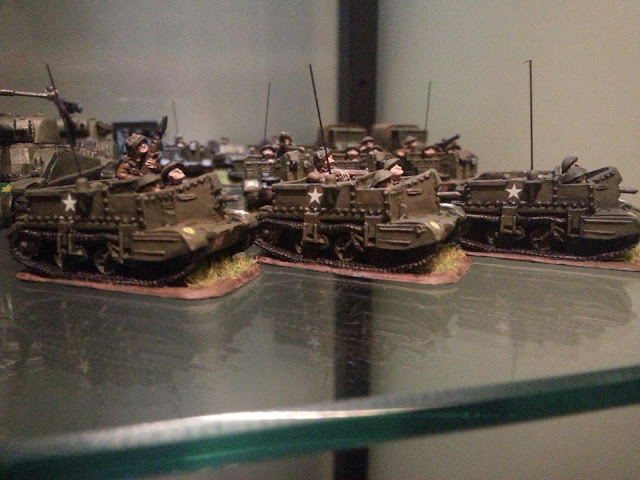 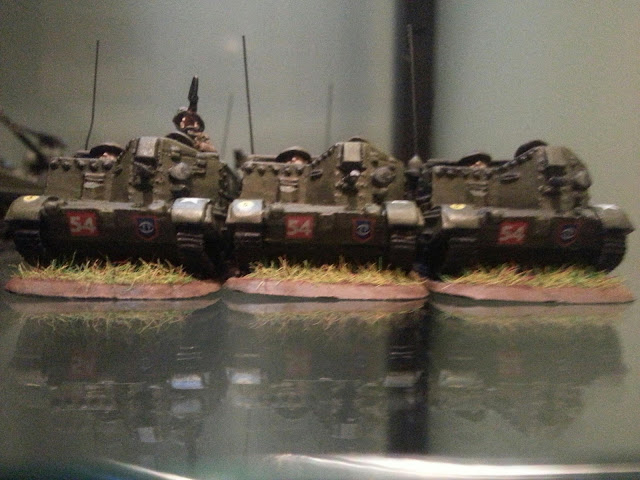 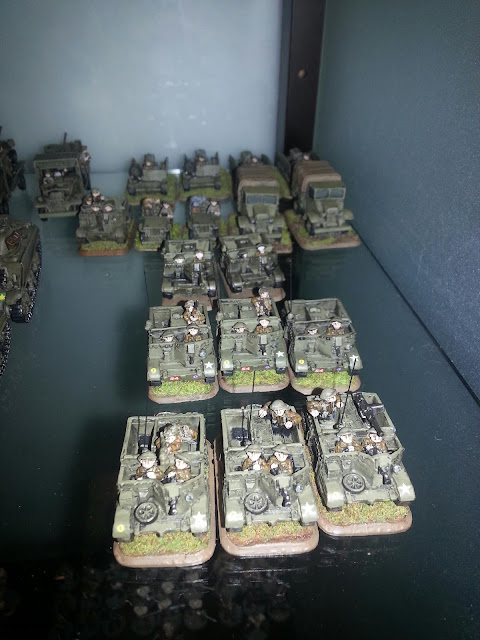 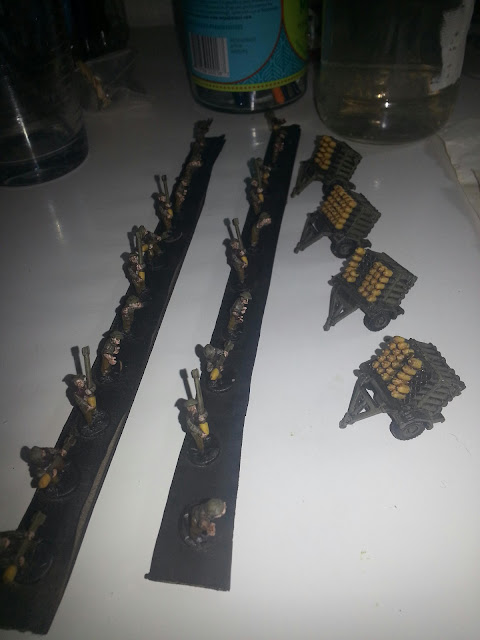 I haven't had an Interlude post for a while and seeing as I'm at work, it's the simplest way to get something put up to help me keep track of what I've been getting up to with my hobby. 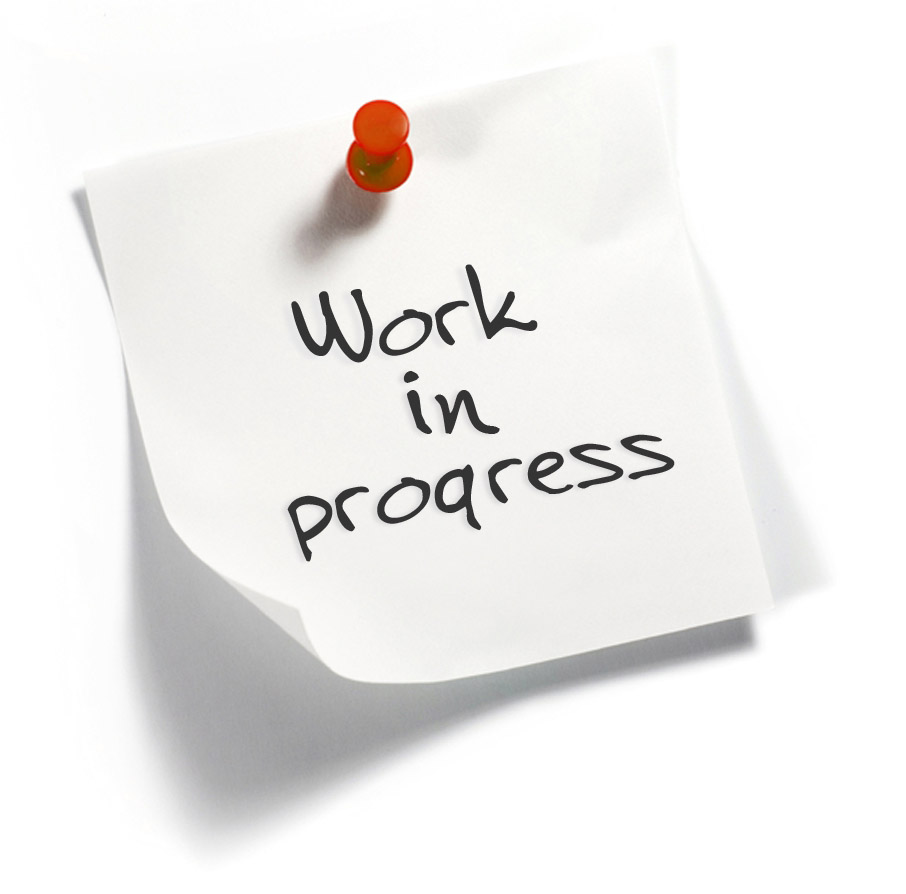 First of all, I've been getting in a higher than normal amount of games of Flames of War in of late. (ie, more than 1 a week.) I made up a Guards Armoured Recce list from the Market Garden book to become more comfortable running an armoured list. I think I lost only one game out of the 5 or 6 I got to play. Not bad at all. Cromwells are flippin' excellent tanks to move about the table, fast and an okay gun. Only time I was stymied though was when I was up against a Panther and Jagdpanzer heavy list with a slow going train track cutting through the center of the board that totally mucked up my maneuverability benefit. But there ya go. Maybe soon I'll actually get to painting these Cromwells because they really are a great sculpt.
If yer interested, this is the list I played:

I managed to get my hands on the below awesome Limited Release sculpt by Sodapop Miniatures. I jumped on their Relic Knights Kickstarter and absolutely love the Candy and Cola characters. Lucky for my, my very good mate was to attend GenCon and swiped one of these for me along with a very sexi Kingdom Death White Speaker fig that I am super excited to try to paint.

My hands have not been idle - I've been busy making my Shermans look prettier by finally adding decals so they now all have unit and squadron markings. I'd been hesitant up until now to add definite markings as it means I'll not be able to use them outside of the specific lists their markings would allow in tournament settings. But I sucked it up and knew my tanks deserved far more love than I'd already offered and now they are looking very fine indeed, along with my two Universal Carrier patrols. (Post to show these upcoming, just need to take pics.) I've also finished up painting my Land Mattress battery - just details and basing to do (A post for these is also upcoming).

A full squad of Eisenkern troops (The lovely Dreamforge sculpts) has also been put together and cleaned up, ready for priming. These minis really were a joy to get ready and I am really eager to slap some paint on them. Dreamforge Games just released pics of their amazing looking plastic Mortis Leviathan enormous robot model. I am rather keen to get my hands on one of these. 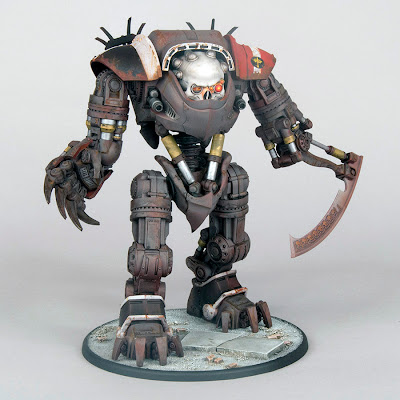 Lastly, I have for some stupid reason lost my marbles and taken on a couple of commissions..... The plastic Dark Angels Librarian from the 40K Dark Vengeance box and a 7-man Ratling squad of the most recent sculpts. Updates on these, as and when they happen.