The Searchers - Rogues and Royalists (Royalists done and way, way more. For me.)

The Searchers are a team sent out by the local garrison to track down and contain Ma' Tuppence's gang of Rogues, The Red Toothe. Led by Ellista Shorttail, the team hopes to eradicate the bandits with the utmost prejudice. 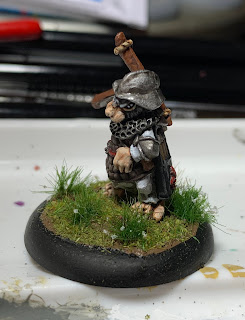 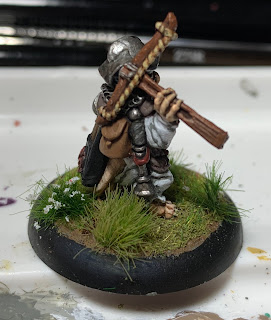 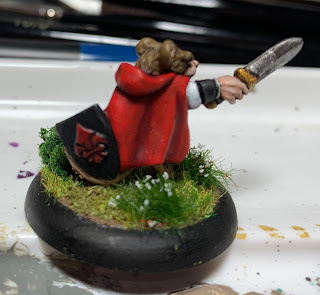 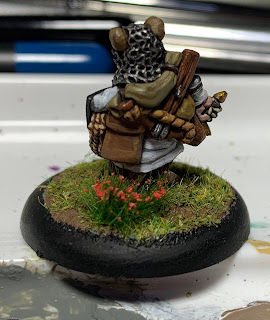 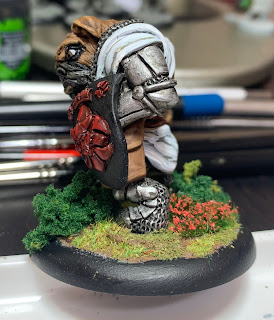 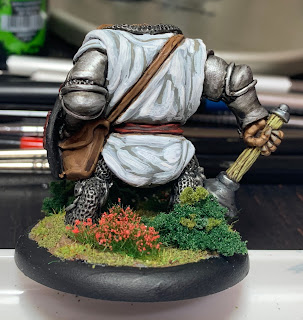 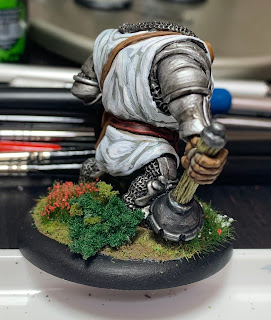 I also got another Burrows and Badgers mini painted, originally sculpted to be a Starling, I instead felt it'd look better as my favorite bird, a Jackdaw. Originally he was slated to be a member of The Searchers, but I switched out some of the members and now he'll have to fit in elsewhere. 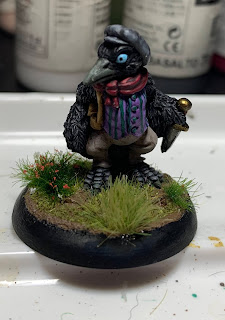 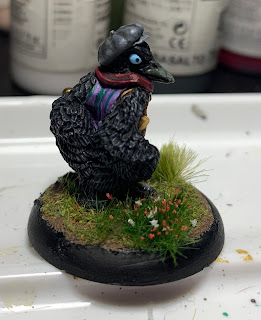 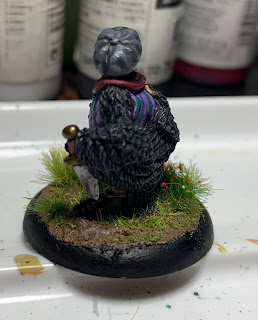 This CORVID-19 business has had us stuck at home so I've had loads of time to keep painting my backlog. I got the second part of the Honoured Imperium terrain set painted, the Fallen Aquila. Simple piantjob, but it'll work fine on the tabletop. 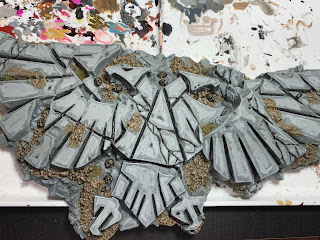 These three Warlord Games Mastiffs were previewed a while back in PIP form and now are done. They'll work well for a number of settings I think.

My Face-to-Face role-play group are understandably unable to meet for our regular games, so we've started a game on a message board. I decided it would be fun to find and paint minis in my large fantasy figs backlog for each of our characters. Only two finished thus far though. 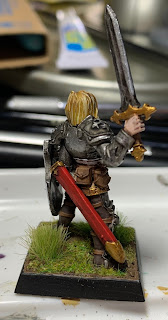 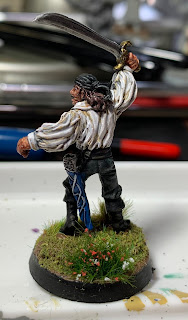 I also  got a Light Mortar team painted for my WW2 Dieppe Commandos army. I have a Bren Gun team on the desk for this project next. 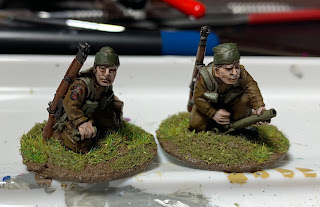 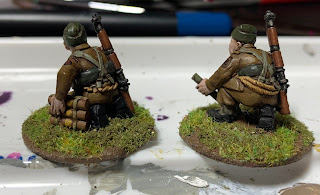 These two are some RedBoxGames minis that I ordered a long time ago but never painted. These naked musclebound brutes I think were titled as Giantkin. Forgive the nudity. 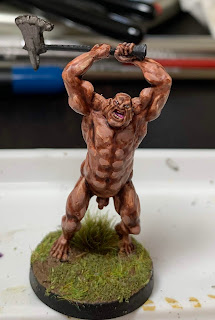 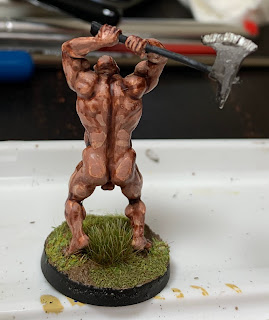 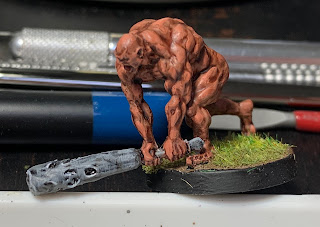 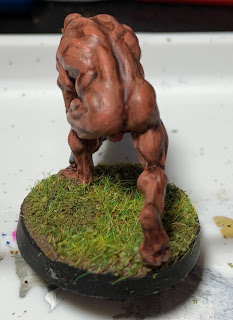 And lastly an older Forget World Cyber Mastiff. Simple paint job and his master will be posted up next once painted. 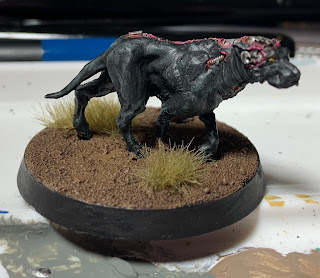 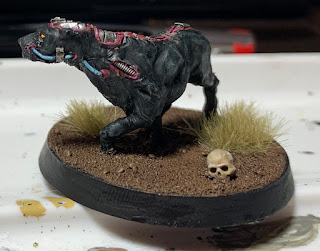 Hope everyone is staying safe and healthy out there!
Posted by Dai at 16:03 12 comments: Links to this post