We go bump in the night


Out of the blue, I got the urge to paint (Been a bit of painting burnout of late.). So I did these lovely sculpts, again, quick and dirty tabletop jobs. The models are by Red Box Games who are fast becoming one of my favourite minis producers; just beautiful, natural looking sculpts in general. These are from their Infernals line, though I think the sculpts are now retired. I’m planning to use them for an rpg campaign that I’ve been putting together in my head.  In game terms, they’ll be probably be my own version of Pathfinder’s Grave Wardens, though with a couple extra class levels added to their stats, a special fear inducing banshee-type scream and custom weapon and armour. I intend for them to be summoned by a Necromancer who’s model is ready for his own licks of paint.

So I could differentiate them easily, I chose to paint each one’s skirts a different colour. Their weapons continually drip with blood-coloured acids and boy are these weapons nasty stats-wise. (No negative levels on damage though – I despise level negating effects that D&D/Pathfinder seem to delight in torturing poor adventurers with.) Almost all painting was done with washes – very simple, very quick. Bashing these 6 figs out in two paint sessions was pretty impressive for this ol’ slow-poke painter, if I do say so my self. Pic is a bit rubbish though as it was done right before I left for work this morning so I’ll have to take and post better ones when I have time.

I’ve also been working further on my Tears of Hades, Oracle-Crone and Hecate’s basing and her Lampad torch bearers. The background for these models is still in the works, though as I continue to work on the models, I find I am becoming more confident that this idea might work out to be rather cool to people other than just me afterall! Maybe.

I also was lucky enough to get in a couple games of Flames of War:

Lastly, I put together the remainder of my PlasticSoldierCompany Churchill tanks. These models were a breeze to stick together and look amazing. Their detail blows Battlefront’s own Churchills out of the park and at a fraction of the price. Here’s some pics and comparisons with the Battlefront equivalents. (5 come in a box and I modeled 3 up for my Desert Brit force and the other two as AVRE tanks for an eventual Breaching Group that I hope to run.) 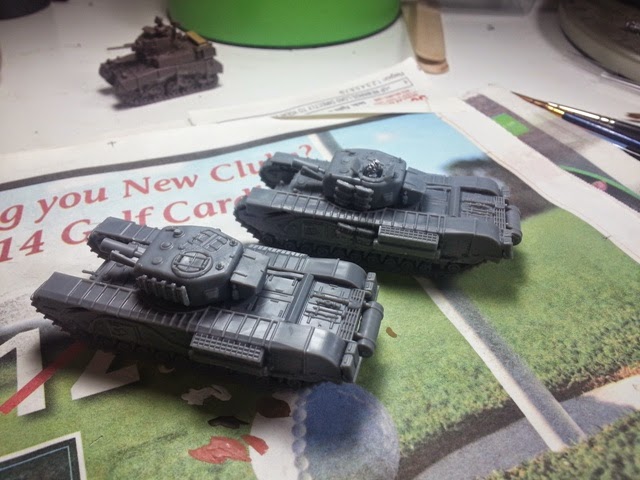 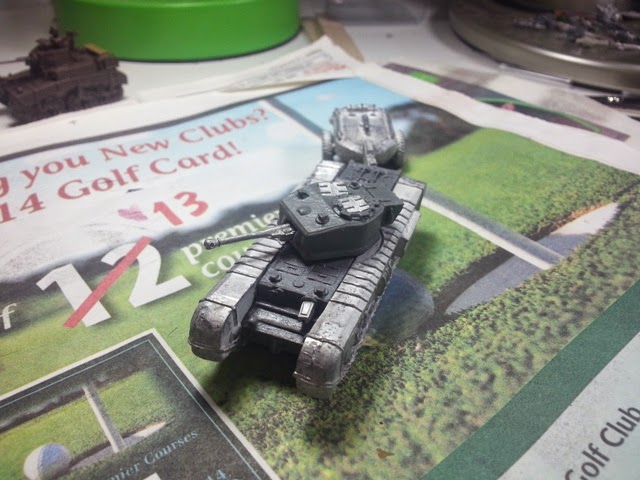 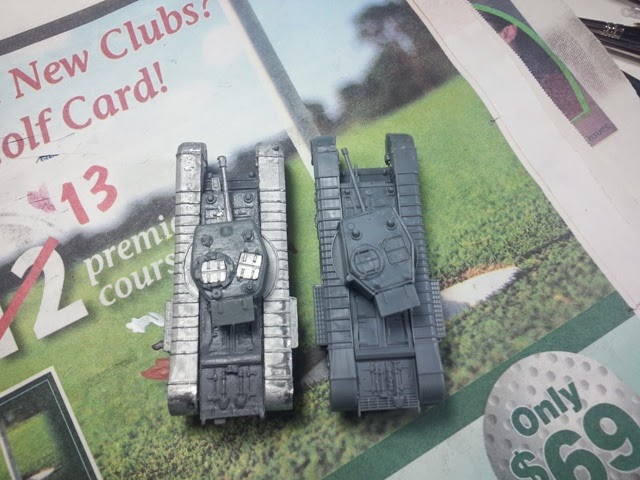 Post Script - Ever since realising that there's something in Gluten products that has been messing my stomach up, beer has sadly been off the menu. *sniffs* So I have been searching far and wide for a Cider to take it's place. This one was super good. Not sweet and not dry and made with flowers of all things.... strange.