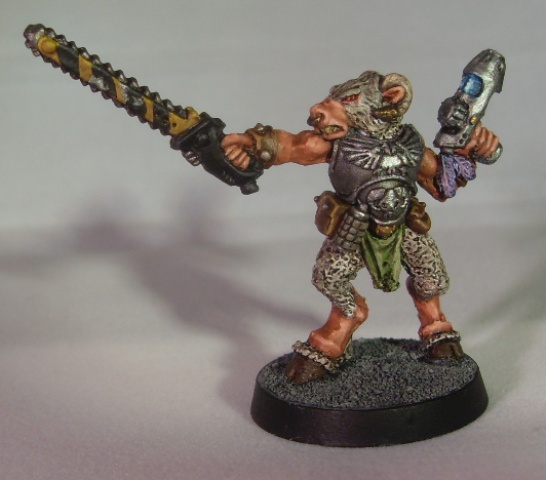 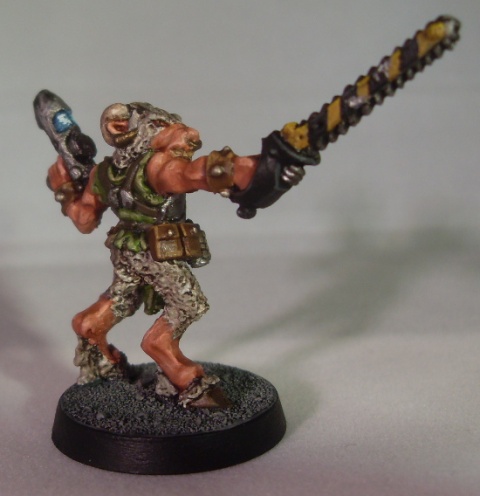 Living the life of shame Keyes ﻿the mutant has time and again tried to attone for his sin of being so malformed in the eyes of the God Emperor. He signed up as an Auxilary trooper to the local Planetary Defense Force. Often he had attempted to show his devotion regardless of his affliction, but his lot would not change. In despair he turned to throwing himself into the most dangerous situations, missions where even a skilled warrior like himself would have trouble, but he would not die as he wished. The peace of death in the Emperor's name eluded him time and again.
When on business in the industrial hives of Tsinguzh IV, Interrogator Pince heard of the mutant's prowess when on Inquisitor Tharlborough's business and met the freak himself. it was quickly evident that the Beastman's skills would be better used if pressed into the service of the Inquisition. Offering a small salary, Keyes was officially discharged from the PDF Auxilaries and added as a member of the Interrogator's own investigation unit.
Sometimes, the foulest of tasks are better to delegate to the foulest of abominations.
Posted by Dai at 15:22