This pledge thing is already failed. Well, kind of - at least I haven't bought any new models since I began this (month 1 of 6 almost seen through!).

I have though been painting. So not so bad really.

What have I painted? Finally got to my 8th Army desert Brits - namely a Honey Stuart and a Recce Armoured Car platoon. Now, I've still got some research to do to make sure I get the markings right (Anyone who has some handy links to sites that detail this will earn my eternal thanks as I've come up horribly short in my own searches.), so they are just sandy and details picked out for stowage, etc. But they are up to a quality I think that I'd be happy to play them in a tournament.

The Honey Stuart was my test piece for this scheme as I only had the one tank. I think in the end I'll mark it up as an Early War version for a future project. 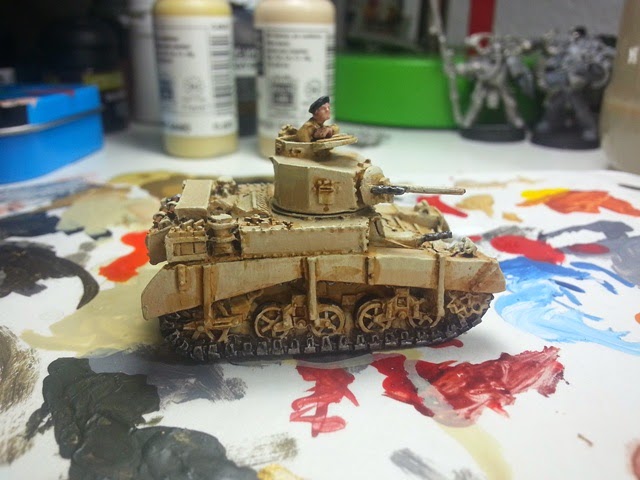 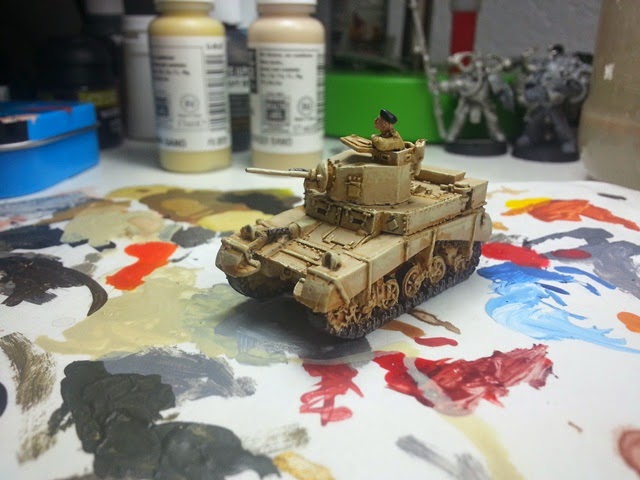 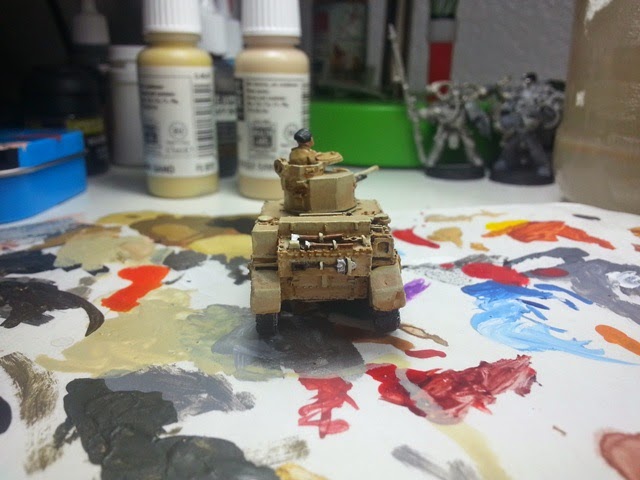 The Armoured Cars are a Daimler 1 command vehicle and two Marmon Herrington iii's. I absolutely love the look of the Marmon Herringtons! So very Mad Max or something. I added some spare Bren guns to the turret to account for their AA guns that my list includes. 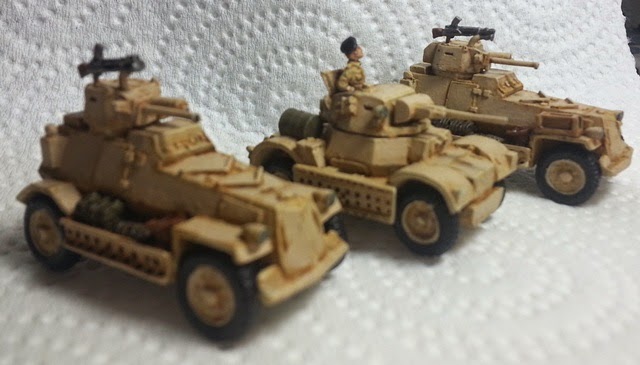 After these, I started working on a platoon of Wasp carriers for my Canadians. These things were crazy cool - dinky Universal Carriers with Extra sized fuel tanks welded to the back attached to flame throwers. Flippin' crazy if you ask me, what with these things being about as armoured as my old 1993 Rover Mini Italian Job Special Edition - a rifle shot can pop these things!

Tonight I've got a game lined up versus Densmol (First game in weeks...) - a late war 1850 point Market Garden books only affair with my Canadian Rifles versus a German Fallschirmjäger horde. I'll try to get some pics taken and post up an AAR (That's a batrep for you Warhammer folks. :P )

Now that I've some real progress started on my Flames of War piles, I really should update my painting charts....
Posted by Dai at 10:41