Here's my Necromancer mini by Red Box Games  (RBG calls him "The Keeper" though.) all done and dusted. This mini rocks and was loads of fun to paint. Once again, Red Box scores high with wonderful quality and crisp (Hand sculpted) detail. I encourage all of you to try out their minis to see for yourself. 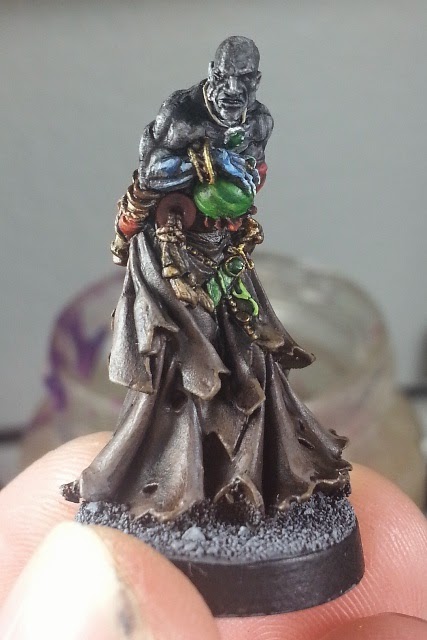 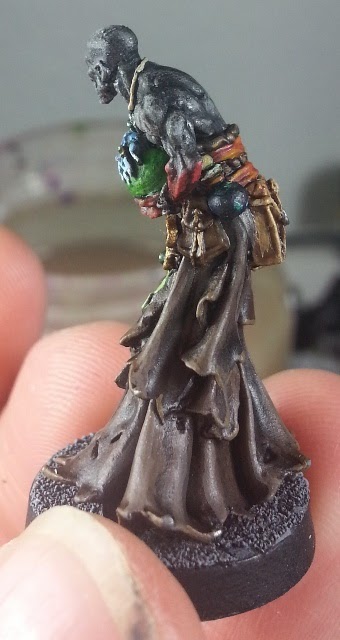 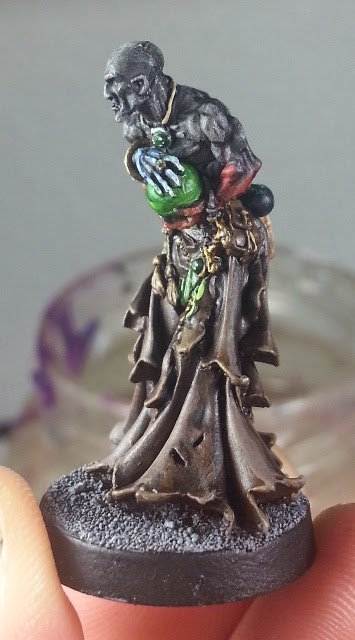 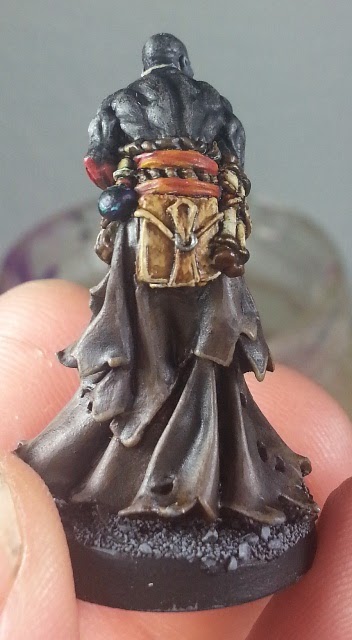 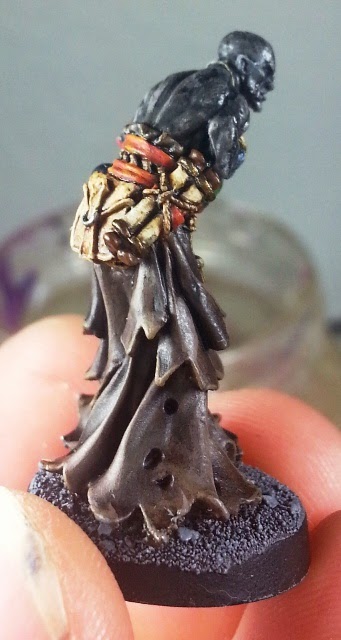 I also (finally) finished painting the Hasslefree Kirsten mini. My wife is from El Salvador and the roads there are rather.... rubbish, to put it lightly. So my ham-fisted effort at home-made tarmac/asphalt isn't all that far from the real thing. I wanted the mini to look like she's happily been popping zombies or whatever out on the road so added the attempted shell casings behind her, though they are too big for the pistol she's holding. I'm leaving them on the base though as the brush bristle I cut them from is the slimmest thing I could find. The blood pool was more of an artistic effort to help the base balance out better. All in all I think she looks good enough and my wife liked her, so that's all that really matters, right? :) 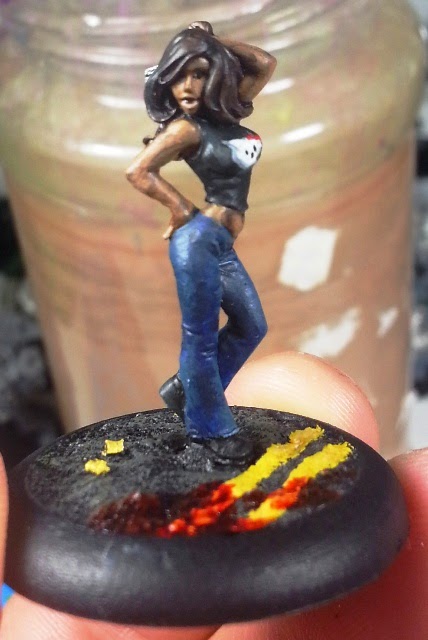 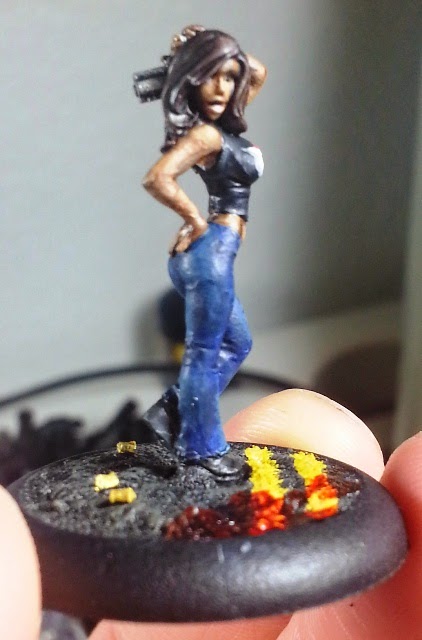 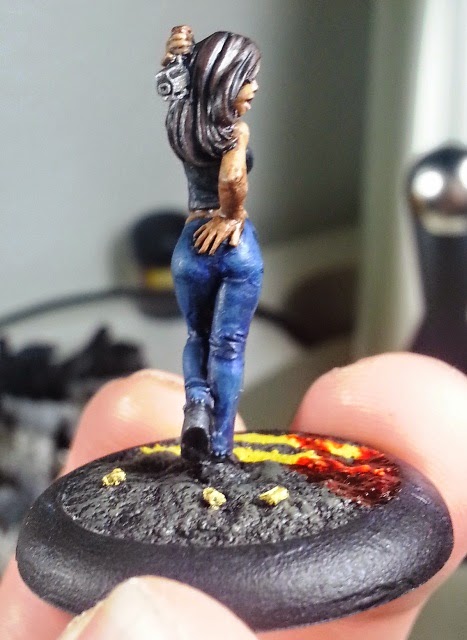 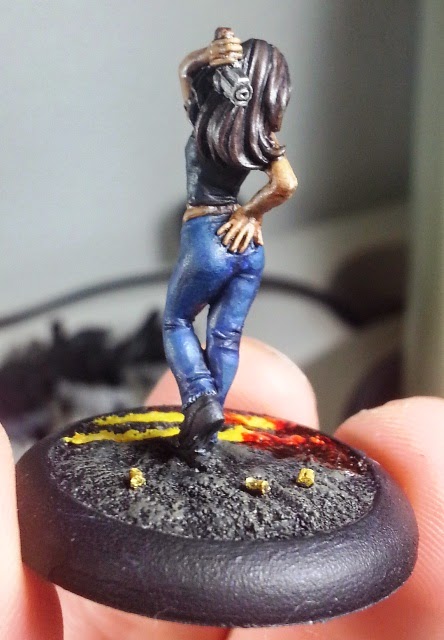 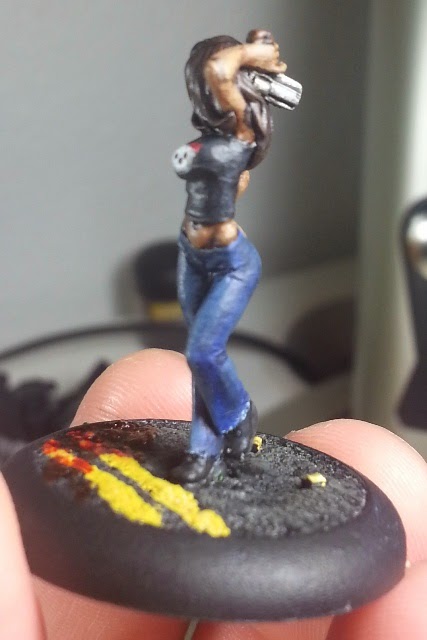 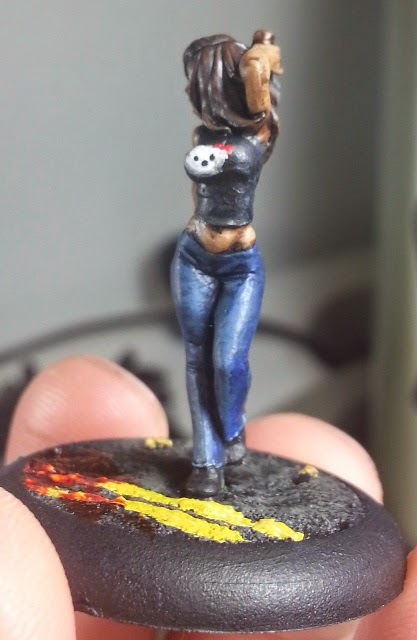 I also got started on another of my rpg figs - an old Citadel Miniatures Barbarian #1 that I've owned since.... 1989? I never painted him. Ever. Which is damned sad, because he's a great sculpt for a rather heroic princely-looking bugger. Whilst these pics are WIP, I did go on last night after my phone battery died to finish and seal him in Testors, so I'll stick up his proper job pics on my next post. 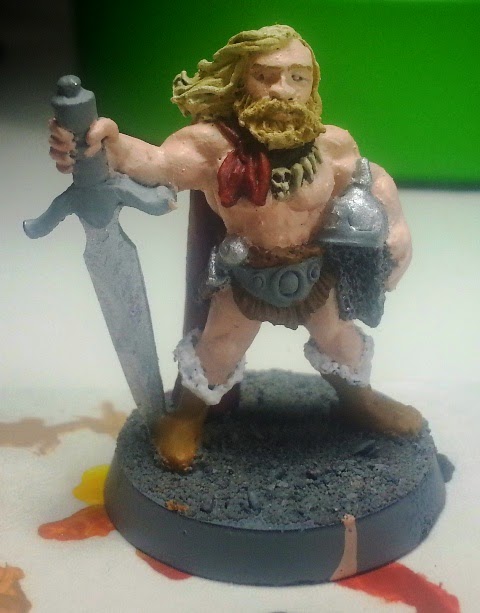 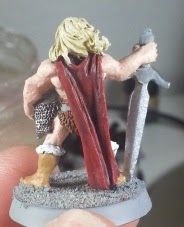 And lastly, I felt the need to do a little work on the 82nd All American's bravest. 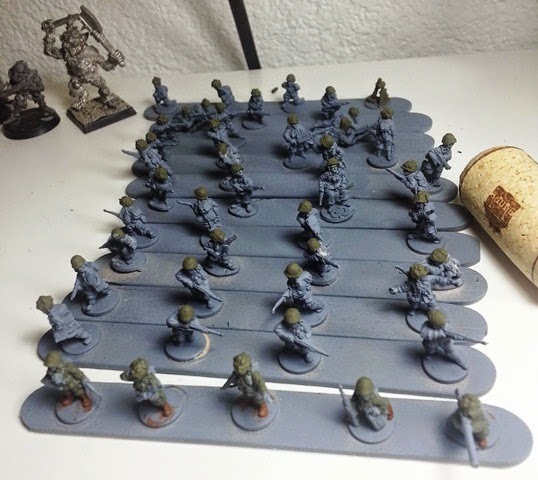