Here are some pictures of some 28mm Soviet pieces I’ve been working on for my Bolt Action Late War Winter force.

The BA-64 was an auto-include in my army purely because these dinky armoured-cars look so cool to me. The model is resin with a handful of metal parts by Warlord Games. It came in one large lump for the body, the wee turret, wheels, headlight and turret machinegun and went together with a little trimming here and there just fine. The commander fig is from Warlord Games’ plastic T34/85 kit (The BA-64 did not come with it’s own commander fig).

The model was undercoated in black primer then all surface areas were given a coat of Vallejo Russian Green. I wanted to give the appearance of hastily slapped-on white-wash so painted a watered-down white directly over the Russian Green. Photographic examples of these armoured cars online show them looking beaten up and their whitewash paint scraped of and worn away so I then took a small piece of sponge and dabbed lightly with the Russian Green again where I felt the most likely areas of wear would be. This effect was likewise given depth with a further sponge-dabbing of a dark grey (Some sort of P3 paint who’s name escapes me right now) and I added that here and there to show where even the Russian Green had been worn away. Prior to adding Mud and snow effects I added some small rust streaks as I’d seen on scale modeler pieces online. They don’t look very good, I know but by that time I was pretty much fed up working on this model and called it quits there.

Mud was done with some textured Liquidex stuff painted brown, drybrushed light brown and then with some Tamiya snow weathering powder. The whole thing was then given a coat of Testors Dulcote.

I’m pretty happy with how it looks and after playing a test game of Bolt Action versus Densmol using it (Though prior to painting it), I got inspiration to get back to working on my Soviets again. 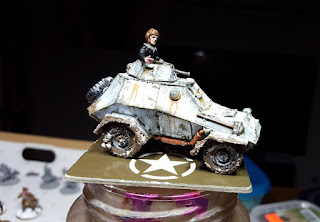 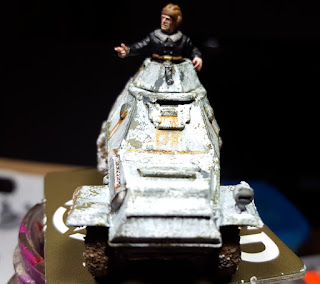 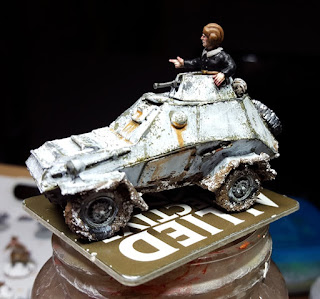 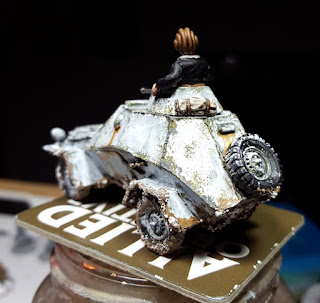 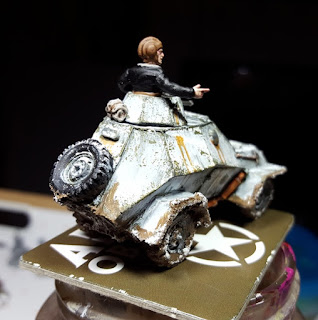 I then moved on to my medium mortar and crew. These are metal sculpts also by Warlord Games. They were crisp with few mold lines and pack lots of character. I neglected to hollow out a couple recesses to make some room on the larger base for the crew’s round bases, but I think they look fine just sat there as this picture shows. 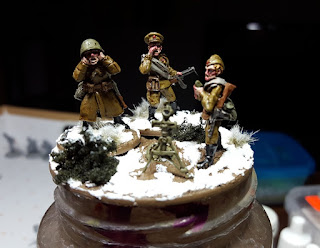 I’ve also been working on my Tank Riders Squad and the first soldier of the 8-man unit is already almost complete. Just needs some grass tufts and he'll be claimed "done". Also almost finished snow-basing up my original Rifles squad that I've previously posted on. I'll stick up some pics maybe this week showcasing these.

The 3rd and 4th games in my Longstreet ACW campaign are penned in for the 23rd, so I've also got some Cavalry and Infantry reinforcements to paint up for that too (AAR for the 2nd game to be posted very soon - stay tuned!). And a commission. *sigh* It never ends...
Posted by Dai at 13:06