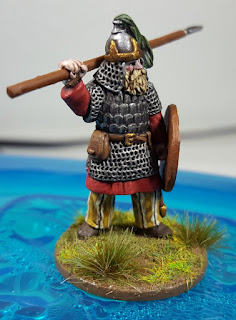 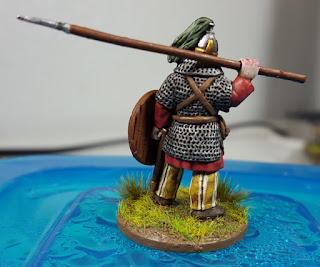 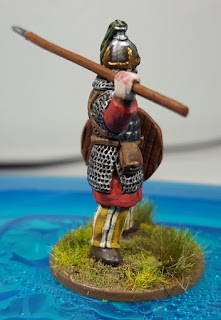 Just one more Hirdman to go and I'll be claiming a Joker earned between these 12 Hirdmen and the 12 Saxon Thegns I've painted already. Then it's on to some regular foot soldiers for my Saxons (Ceorls) and Vikings (Bondi), which I will not be putting half as much energy into in an effort to get them done quicker.
Posted by Dai at 10:28