Renzer Straker, vicious cannibal, unwashed heathen and for some reason a VERY slippery character. Even before he took to the path of Nurgle worship, Renzer had always been a repulsive fellow. Aside from his obvious lack of personal hygiene and teeth filed to vicious points, he always seemed to be in some sort of wobbly state. Almost like he was lacking bones - which, if one were to be completely honest, is exactly the case; you see, Renzer Straker has no bones. Instead, much like the sharks found in the great seas and oceans on a number of systems, his whole skeletal syestem is formed purely of cartlidge.

Here are some WIP shots of where I'm going with this awesome awesome awesome fig that I've kept since it was first released, in the hopes that one day I'd be able to actually play Confrontation, but sadly, I never did. *sniffle* 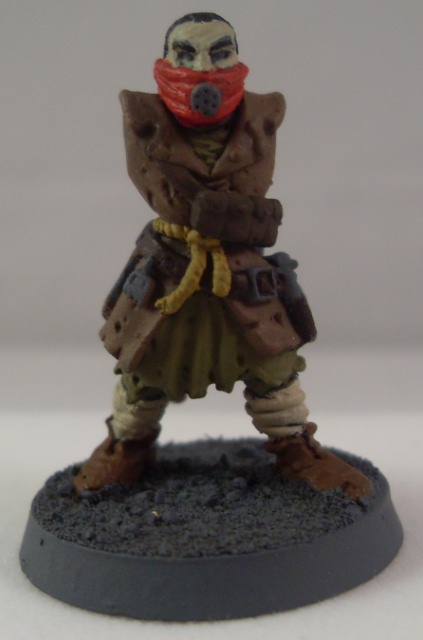 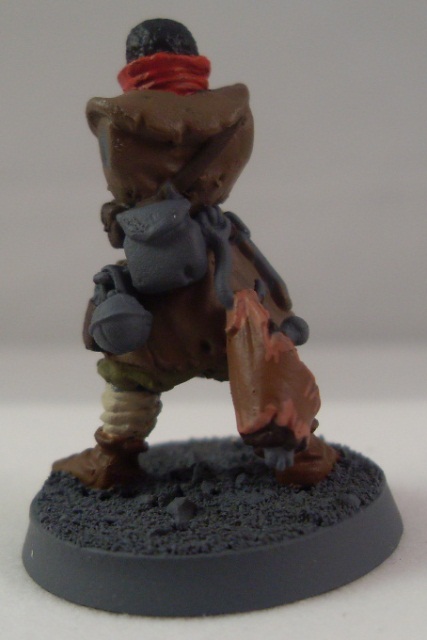