As promised in my last post, here's the Churchill Mk1 from my Dieppe Landing force.


The kit is made by Madbob Miniatures in the UK and was very nicely detailed. The cast only had one airbubble to repair and it was a small one on the hull gun's barrel. Nothing that a bit of creative superglue application didn't correct though!


This was the first version of the Churchill tank that was used in the war and Dieppe was their first outing. The Mark 1 sadly though had an underpowered engine for being so large a beast and the hull mounted 3" cannon (Thought to be useful for bunker-busting) ended up being too difficult to aim properly along with it's additional ammunition taking up too much room inside. Along with that, the turret mounted 2-pounder anti-tank gun was not powerful enough to pierce most german tanks (As evidenced in the North Africa campaigns.) so the Commonwealth quickly upgunned their Churchills to carry a typical 75mm/6-pounder instead in later Marks.


During the Dieppe Landing very few of the tanks made it off the Landing Crafts and off the beach. The main reason being that the beach was not sand as the crews had been trained on in the UK, but large shale which caused all sorts of problems like tracks being thrown, etc. Still, the tanks were large enough and had heavy enough armour that many were able to protect the eventual withdrawal (Of the few remaining troops who weren't killed/captured) like bunkers as the German guns were mostly ineffectual against them.


Originally I had some trouble finding online accurate markings for this mark of tank that was at Dieppe. Lots of pictures of the Mark 3 versions with 6 pounder guns, but not this one. My first success was of an incorrect tank that had actually served in Italy and not Dieppe (The Canadians used the Mark 1 all through the Italian campaign) and was informed as much on the Bolt Action Facebook group. That in turn lead me to find other scale model kits of this tank to see if they could shed any light and in turn came across one that did. Lucky me.


But enough prattling! No-one came here to read my nonsense. On with the pics! 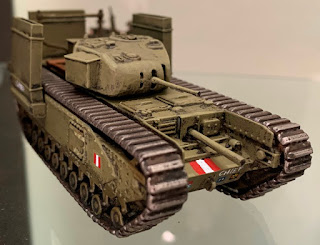 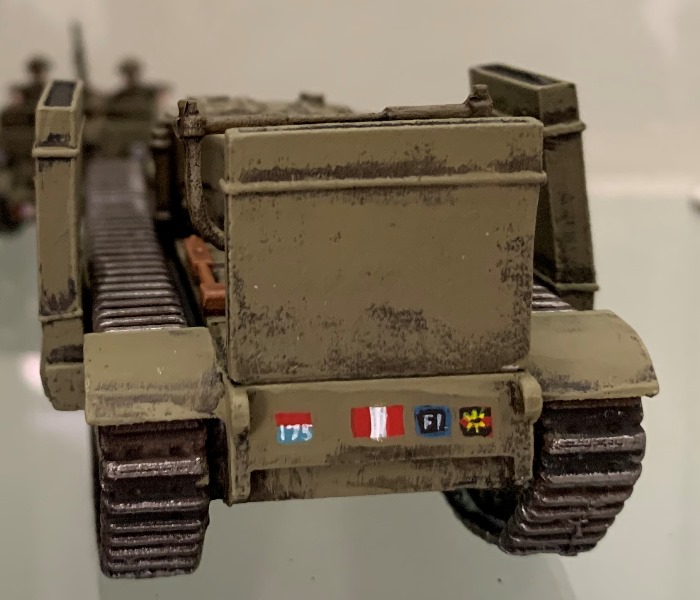 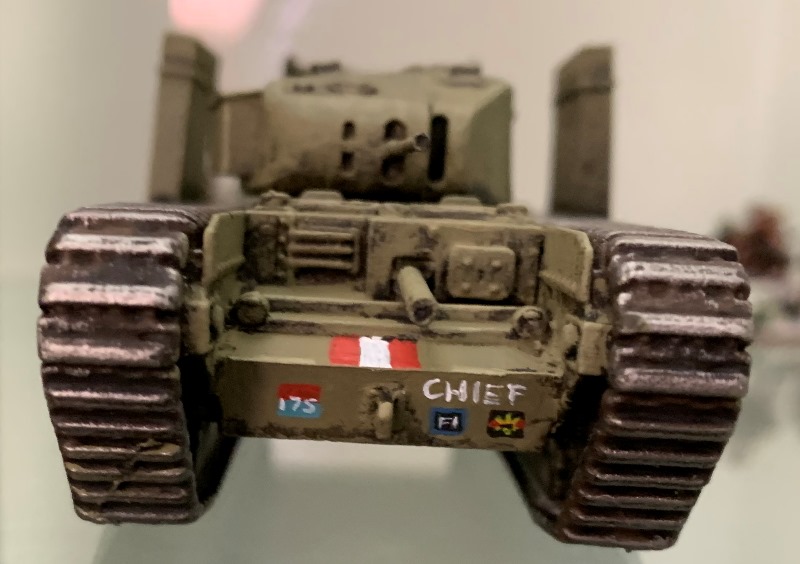 (And I've since found a resource to add some correct markings to the Universal Carrier from my last post - an update might be incoming!)